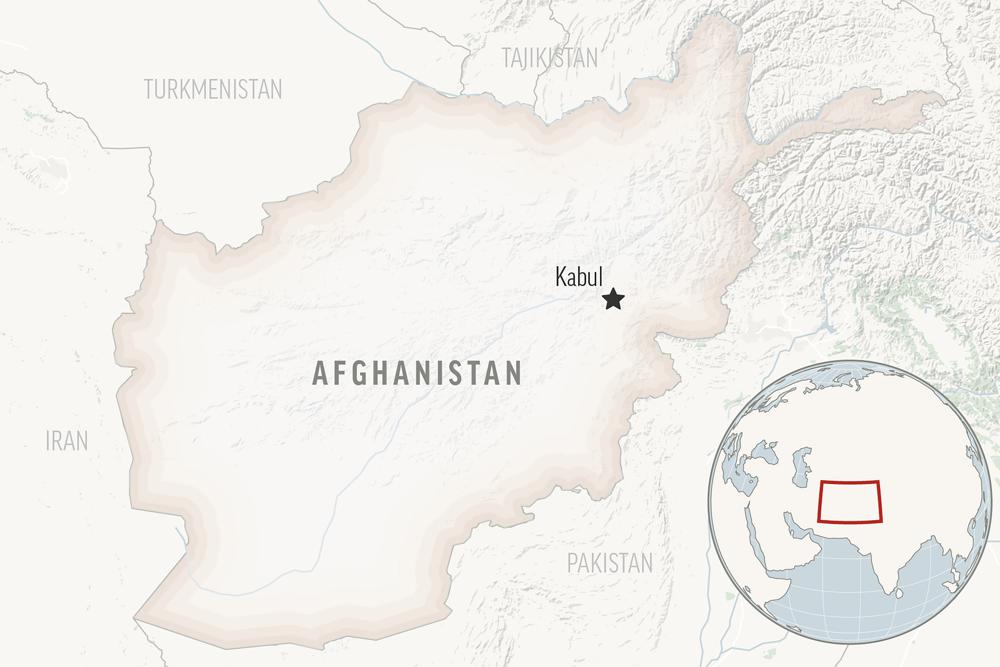 This is a locator map for Afghanistan with its capital, Kabul. (AP Photo)

ISLAMABAD (AP) — The Taliban lashed three women and nine men in front of hundreds of spectators in a provincial sports stadium Wednesday, signaling the religious extremist group’s resumption of a brutal form of punishment that was a hallmark of their rule in the 1990s.

The office of the governor of Logar province, south of the capital of Kabul, invited “honorable scholars, mujahideen, elders, tribal leaders and local people” to the stadium in the town of Pul Alam in Logar. The invitations for the 9 a.m. event were extended via social media.

Those being punished received between 21 and 39 lashes each, after being convicted in a local court of theft and adultery, said an official in the governor’s office who spoke on condition of anonymity because he was not allowed to share details with the media.

The official said hundreds of people attended the lashings and that a ban was imposed on taking photos and video.

The resumption of the practice underscored the Taliban’s intention of sticking to their strict interpretation of Islamic law, or Sharia.

“Sharia law is the only solution for problems in Afghanistan and must be implemented,” the deputy governor of Logar, Enayatullah Shuja, later said in a statement about the lashings.

Such public lashings, as well as public executions and stonings for purported crimes, were common during the first period of Taliban rule, from 1996 until 2001 when the militants were driven out in a U.S.-led invasion.

After a 20-year insurgency, the Taliban returned to power in August 2021, coinciding with the withdrawal of U.S. and other foreign troops from the country.

In the immediate aftermath of their second takeover of the country, the Taliban promised to be more moderate and allow for women’s and minority rights. Instead, they have restricted rights and freedoms, including a ban on girl’s education beyond the sixth grade.

The first confirmed public lashing since last year’s Taliban takeover took place Nov. 11, when 19 men and women received 39 lashes each for alleged theft, adultery and running away from home.

The former insurgents have struggled in their transition from warfare to governing amid an economic downturn and the international community’s withholding of official recognition.