I was recently jolted awake at 3 a.m. by a call. As I answered the phone, at first all I could hear was girls screaming in terror and sharp banging on a metal door. Seconds that felt like hours passed before I heard the trembling voice of a teenage girl on the line. “Help us Ms. Koofi, please help us! We are locked inside our dorms by the Taliban, they are going to kill us,” she told me. 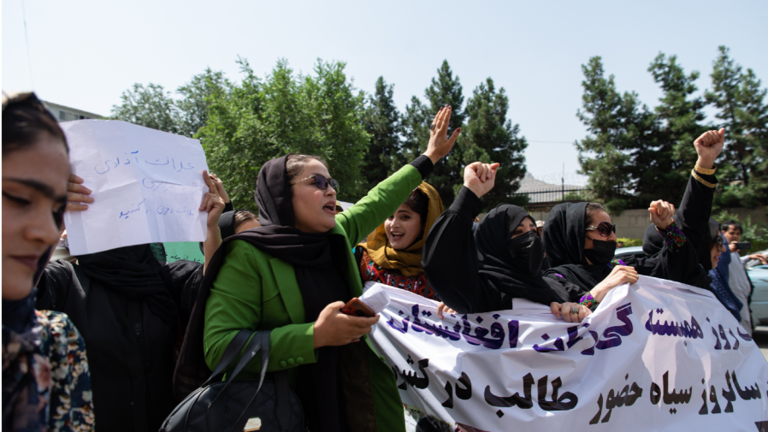 Stability in Afghanistan: Prioritize human rights and women’s rights© Provided by The Hill

The caller was among 10 or so teenage girls from Afghanistan’s northern city of Mazar-i Sharif whom the Taliban held in their dorms to prevent them from protesting. The protests of these girls represented an existential threat to the Taliban.

From thousands of miles away in Washington, D.C., I tried to comfort the girls by promising them that I would not let their suffering, which is the reality for countless women and girls across Afghanistan, go unheard. With a heavy heart, I hung up the phone. I tweeted about these girls and their terrifying experience. I then reached out to my contacts inside Afghanistan and nearby countries, seeking help to try and save these brave yet petrified girls.

The Taliban finally agreed to release the girls from captivity after videos of their treatment circulated on social media. I was relieved to see them released, yet the horror that these teenage girls went through that day provides only a small glimpse into the tragic saga of the fearless girls and women of Afghanistan who are languishing under Taliban’s gender apartheid regime.

Since returning to power last August, Taliban leaders have issued more than 30 edicts banning, banishing, sanctioning, and restricting girls and women in Afghanistan from life, liberty and the pursuit of their hopes and dreams. Although the Taliban’s ban prohibiting teenage girls from going to school seems to occasionally make the international news these days, the tragic and painful reality of Afghan women’s lives under Taliban is far more horrific. The Taliban have created an ecosystem of violence aimed at strengthening their gender apartheid regime to eliminate women and girls from all realms of public life. The ban on girls’ education is only one element of this.

I know this from personal experience. In 1996, I had just enrolled in medical school with high hopes of becoming a doctor. That same year the Taliban took over Kabul, banning me and millions of other girls across Afghanistan from education, employment and personal freedom. The Taliban’s first regime lasted five years before it was ousted following the Sept. 11 attacks, but it took me more than 20 years to readjust and recover.

After Taliban’s ouster in 2001, I enrolled in law school so I could contribute to creating a legal basis where women would never have to endure the unspeakable pain and suffering inflicted onto my generation. We came together as women and called for 25 percent of the seats in the parliament to be reserved for women, which was included in the new democratic constitution. We went door-to-door in remote villages to inform women and girls of their rights. We fought for inclusion of women in the media and for free press so we could educate the next generation.

Yet even in those early days of hope in 2000s, it was not easy! Although the Taliban had been ousted from power, the shadow of their dark ideology was still lingering. For example, when I was elected to the parliament, women MPs were not given the same amount of time to speak. And if we fought back, our mics would be cut off. We were regularly subjected to verbal abuse. But we remained steadfast and marched onwards.

Today, Afghanistan has changed drastically since 2001. Despite the Taliban’s ongoing brutal crackdown on girls and women, protests led by women for basic human rights continue in the country, the best evidence that the seeds of liberty planted and nurtured over the past 20 years have taken root, we have created our own Identity, in a country the base of politics is ethnicity or religious group, we the women of Afghanistan created women ethnic group with the aim to look beyond the initials causes of divisions among us!

While international attention has largely moved on since the US withdrawal from Afghanistan last year, there is an urgent need for the US and international community to adopt engagement policies with the Taliban that go beyond security concerns and focus on human rights instead. If the Taliban are allowed to continue grossly violating Afghan women’s rights, Afghanistan will always remain dangerously unstable, and millions of Afghans will continue to flee the country to secure a better future for their female family members. And violence will never cease. After a brief respite last year, violence is once again rising. According to a recent report, nearly 3000 people have been killed and injured since the Taliban took over Afghanistan. If we consider undocumented killings carried out by the Taliban; estimates are substantially higher.

The situation in Afghanistan seems like a quagmire but righting the ship should begin with prioritizing human rights and intra-Afghan dialogue which pave the way for a political settlement between Taliban, a marginal reality of Afghanistan empowered by force and violence, and the larger reality which reflects the diverse society of my country. A similar space like Doha process, which provided Taliban with an address to engage in talks in 2013, should be made available for all anti-Taliban political opposition, including Afghan women and civil society, to lead the dialogue with the Taliban to reach a political settlement that provides a meaningful path to economic and political stability and protects and builds on the gains of the past 20 years.

Sadly, from my meetings with US officials and UN member states, it is clear that many in the international community see Afghanistan as a complete failure. However, the continued struggle and bravery of women in Afghanistan tirelessly fighting for their rights contradict this misperception.

It’s important to remember that lack of government inclusivity, gross violations of human rights, and unprecedented repression of women under the Taliban’s first regime in the 1990s had turned Afghanistan into the world’s top destination and safe haven for regional and international terror groups. This eventually culminated into the tragic events of 9/11.

The international community cannot afford to let Afghanistan return to pre 9/11 situation again. We cannot allow the seeds of freedom and women’s rights that were so carefully cultivated over the last 20 years to be uprooted by the Taliban. And we cannot stand idly by waiting for another 3:00am phone call.

Fawzia Koofi served as an Afghan parliamentary lawmaker and is an accomplished author and internationally known outspoken advocate for the rights of women and children, democracy and moderate Islam. Koofi was also one of the few women on the Negotiation Team of the Islamic Republic of Afghanistan in Doha.