An Opinion Video investigation reveals the Taliban have been on a campaign of revenge killings against former U.S. allies.

Ms. Marcolini is an investigative journalist. Mr. Sohail is the founder of the Afghan newspaper Hasht e Subh Daily. Mr. Stockton is a producer with Opinion Video.

When the Taliban swept into Kabul last year and reassert

ed control over Afghanistan, they suggested that their rule would be kinder, less extreme and more forgiving than it had been the last time they were in power.

Taliban leaders insisted they would be merciful toward those who had opposed them, declaring a general amnesty for former government workers and members of the nation’s security forces. For some, they even wrote letters of guarantee that they would not seek revenge against their old adversaries.

“We are assuring the safety of all those who have worked with the United States and allied forces,” the Taliban’s spokesman, Zabihullah Mujahid, said during the group’s first news conference after retaking control of the country last August.

But in the Opinion video above, we show that the Taliban’s promises were hollow, with grave import. The video, the product of a seven-month investigation by the Opinion Video team of The New York Times, reveals that nearly 500 former government officials and members of the Afghan security forces were killed or forcibly disappeared during the Taliban’s first six months in power. 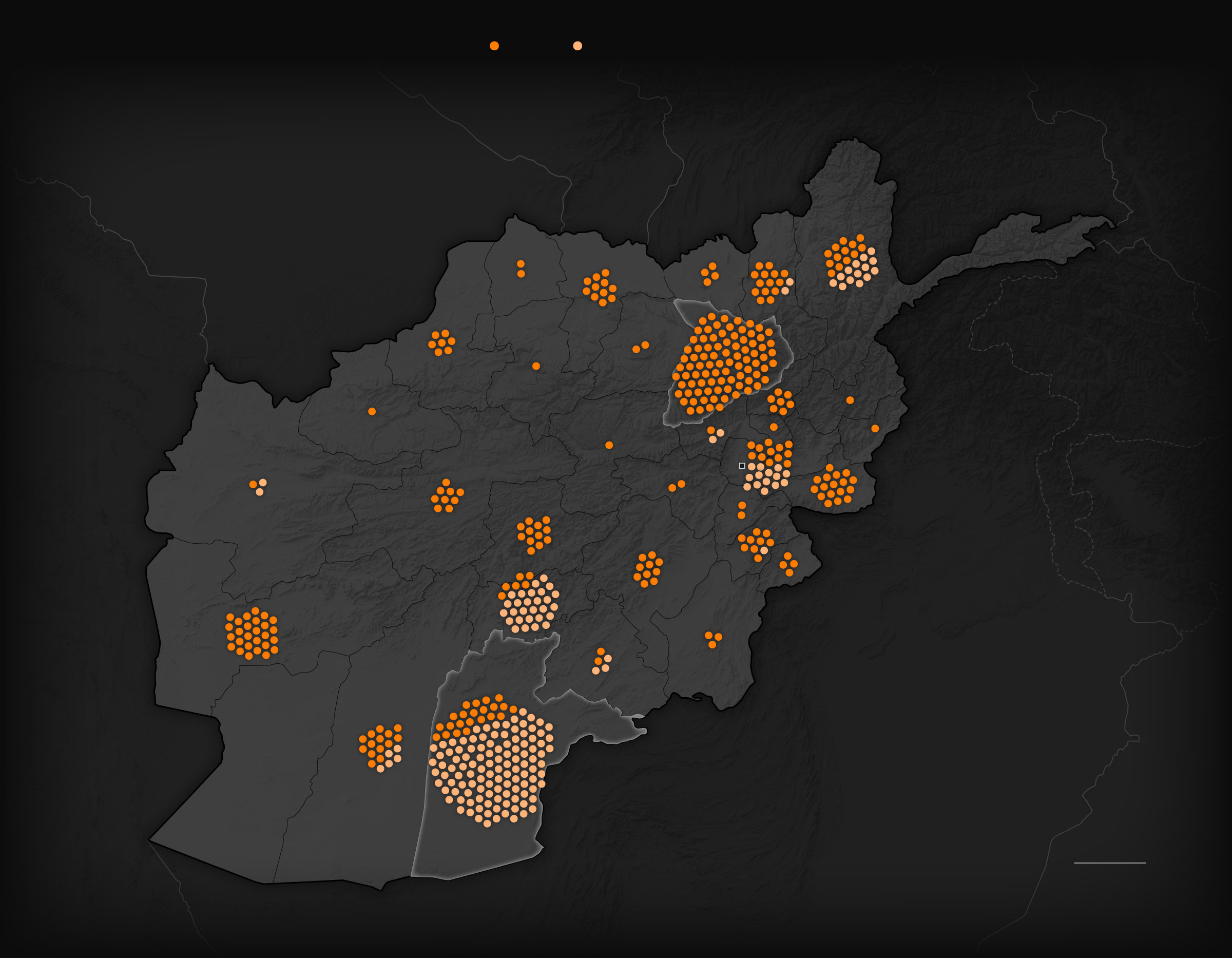 Confirmed killings and forced disappearances by the Taliban

We built the most extensive database of revenge killings in Afghanistan to date using a variety of verification methods that included conducting forensic video research, confirming local news reports, collaborating with human rights organizations and interviewing survivors and family members.

The revenge killings were widespread, touching every region of the country, shattering families and communities, and giving a lie to the Taliban’s promises of tolerance and moderation.

After initially denying that such killings were occurring, the Taliban leadership has come to acknowledge some of them, though has insisted that those acts were the work of rogue commanders and not an authorized campaign.

But the number of killings, and their ubiquity, might suggest otherwise. So would their ruthlessness, including summary executions that were captured on video and are included in our short documentary above. We argue that the United States can still do a lot more to help its former allies — many of whom remain in hiding — find a way to escape the country.

Be forewarned: These are deeply disturbing images to watch. But they also provide key insight into the character of the Taliban and highlight the dangers that the group’s critics still face.

The Taliban Promised Them Amnesty. Then They Executed Them.04.13.2022