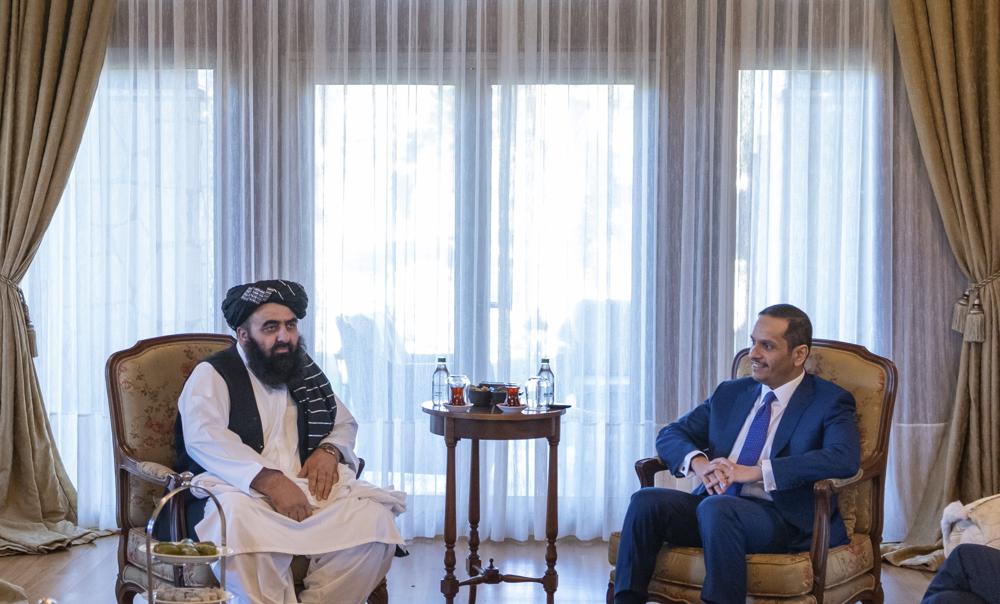 DOHA, Qatar (AP) — On the sidelines of a summit in Turkey, Qatar acted as host for a face-to-face meeting on Friday between the Taliban-appointed foreign minister and an American diplomat for Afghanistan, according to reports from Qatar.

Video footage released by Qatar shows the Taliban-appointed foreign minister, Amir Khan Muttaqi, walking into the room where West was with Sheikh Mohammed. The footage then shows the three men all sitting together.

“During the meeting, they reviewed the security and political developments in Afghanistan, and ways of coordination and cooperation to achieve stability for the Afghan people and avoid any humanitarian crisis,” the Qatari statement said.

The meeting in the city of in Antalya, Turkey, came during the Antalya Diplomacy Forum, almost seven months after U.S. forces withdrew from Afghanistan following the Taliban takeover of the country in mid-August.