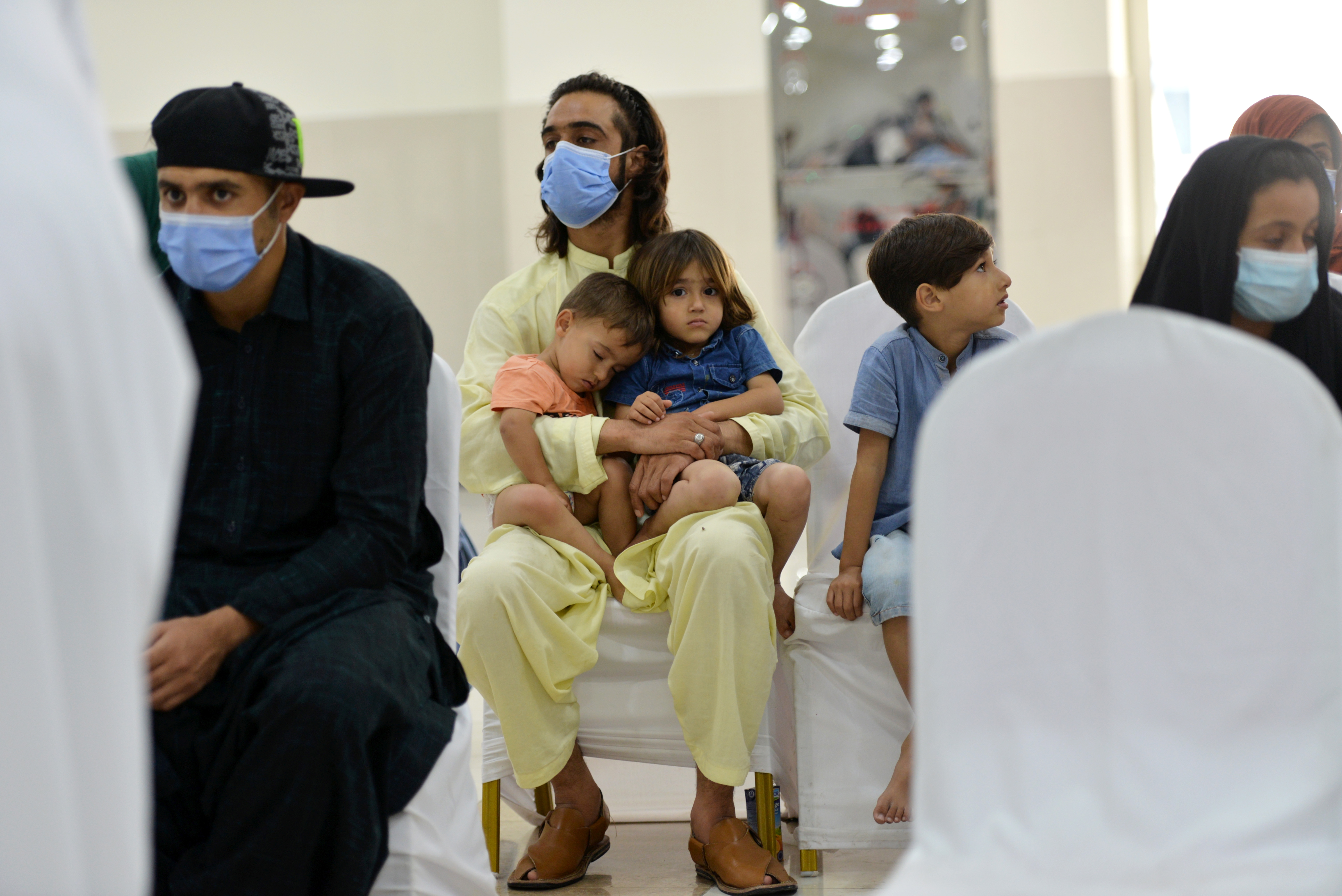 Massoud and his children wait at the Afghan evacuee centre, as thousands of people are processed at the Emirates Humanitarian city in Abu Dhabi, UAE, August 28, 2021. REUTERS/Vidhyaa Chandramohan

Washington has been urging its partners to take Afghans who do not qualify to be resettled in the United States, while those who do are facing a lengthy, complicated immigration process.

“We have a call with international colleagues, with about 60 countries every week, and we always remind them of the importance of them participating in this international effort,” the official told reporters on condition of anonymity.

There are thousands of Afghans in Europe, the Middle East and elsewhere who have been waiting months to be resettled.

The official made the remarks after visiting a transit facility for Afghans in the United Arab Emirates capital Abu Dhabi, where rare protests by hundreds of Afghans held there erupted last month, criticising the months-long resettlement process and calling to be immediately sent to the United States.

The official said an apology was offered to Afghans in meetings at the facility for how long it had taken and that the pace to get those eligible to enter the United States would pick up once all people there were documented, which was expected to happen shortly.

There are about 12,000 Afghans held in UAE sites, of which several thousand will qualify to be resettled in the United States, the official said, while Afghans who did not meet the criteria but had travelled on several private chartered flights approved by the White House would also be resettled.

It is unclear which countries would take those without a path to the United States.

“We’ve had only very preliminary conversations with a few of our international colleagues,” the official said.

Afghans later told Reuters they felt dejected after the visit by the official, who they said offered no clarity on their resettlement, including how much longer they will be there.

The official told media it was hoped that all Afghans in the UAE would be resettled by August but there was no way to be sure yet.

The United States has taken in 85,000 Afghans since the middle of last August when the West was withdrawing after two decades of war in Afghanistan and the collapse of the Western-backed government.

Diplomats say the prolonged resettlement was adding stress to already strained relations between the UAE and the United States, which are close security and economic partners.

“The Emiratis don’t feel they are their responsibility and want them out,” a European diplomat said, requesting anonymity.

The official acknowledged that the Emiratis were frustrated with how slow the process has been but said that hosting the Afghans was an initiative of the UAE and, unlike with other nations, there was no formal arrangement between Washington and the Gulf state.

UAE authorities could not be immediately reached for comment.