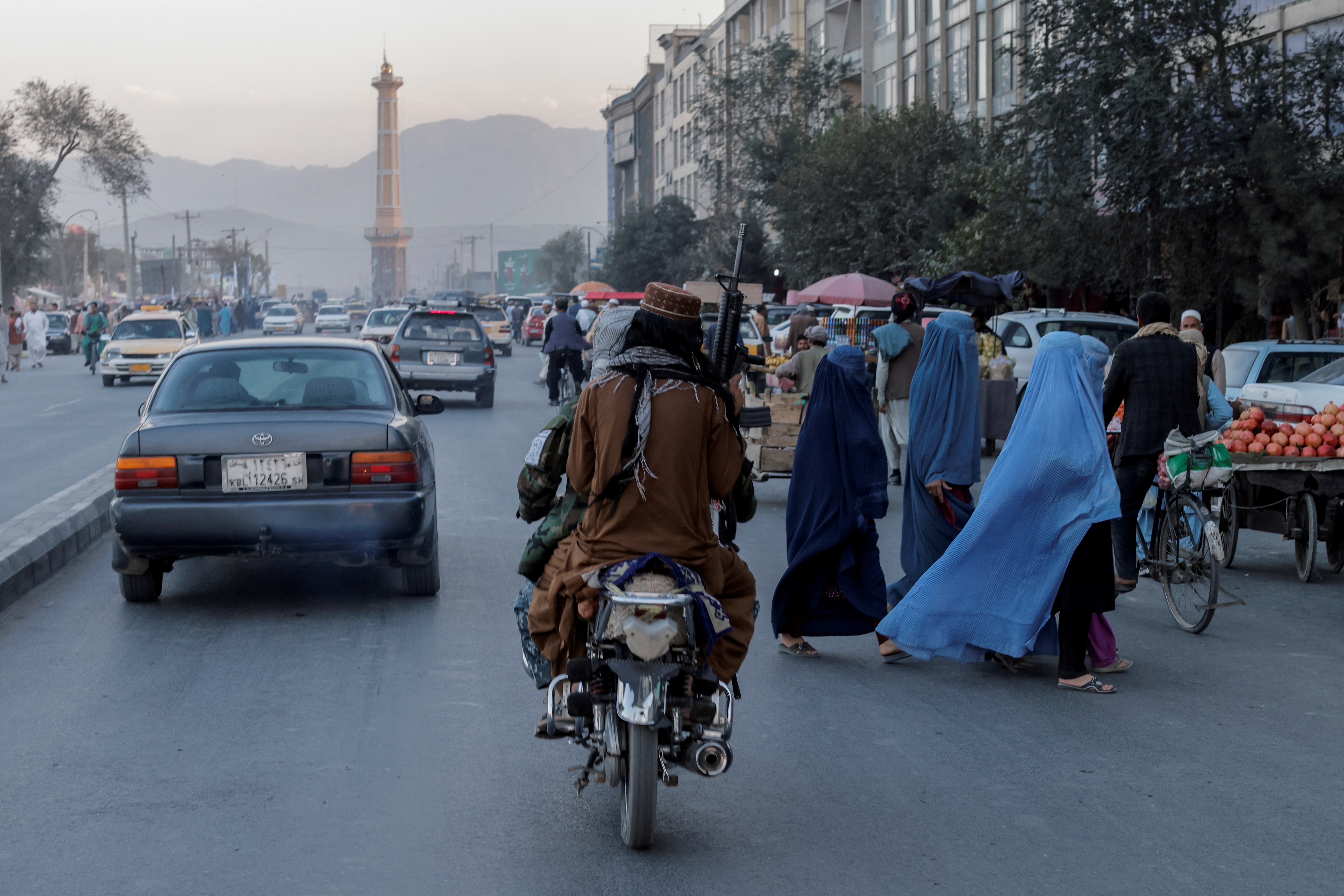 A group of women wearing burqas crosses the street as members of the Taliban drive past in Kabul, Afghanistan October 9, 2021. REUTERS/Jorge Silva/File Photo

WASHINGTON, Dec 3 (Reuters) – Donors to the World Bank-administered Afghanistan Reconstruction Trust Fund (ARTF) have agreed to decide about a transfer of funds to humanitarian aid agencies by Dec. 10, a World Bank spokesperson said on Friday.

The World Bank’s board this week backed transferring $280 million from the $1.5 billion trust fund, which was frozen after the Taliban took over the Afghan government in August, to the World Food Programme and UNICEF, Reuters reported on Wednesday, citing sources familiar with the plan.

The World Bank spokesperson gave no details on the proposal, but said ARTF donors met on Friday and agreed to make a decision on transfers out of the fund in one week.

No further details about the ARTF meeting were immediately available.

Afghanistan’s 39 million people face a collapsing economy, a winter of food shortages and growing poverty since the Taliban seized power at the end of August as the last U.S. troops withdrew from 20 years of war.

Afghan experts have said the aid would help, but big questions remain, including how to get funds into Afghanistan without exposing any financial institutions involved to U.S. sanctions.