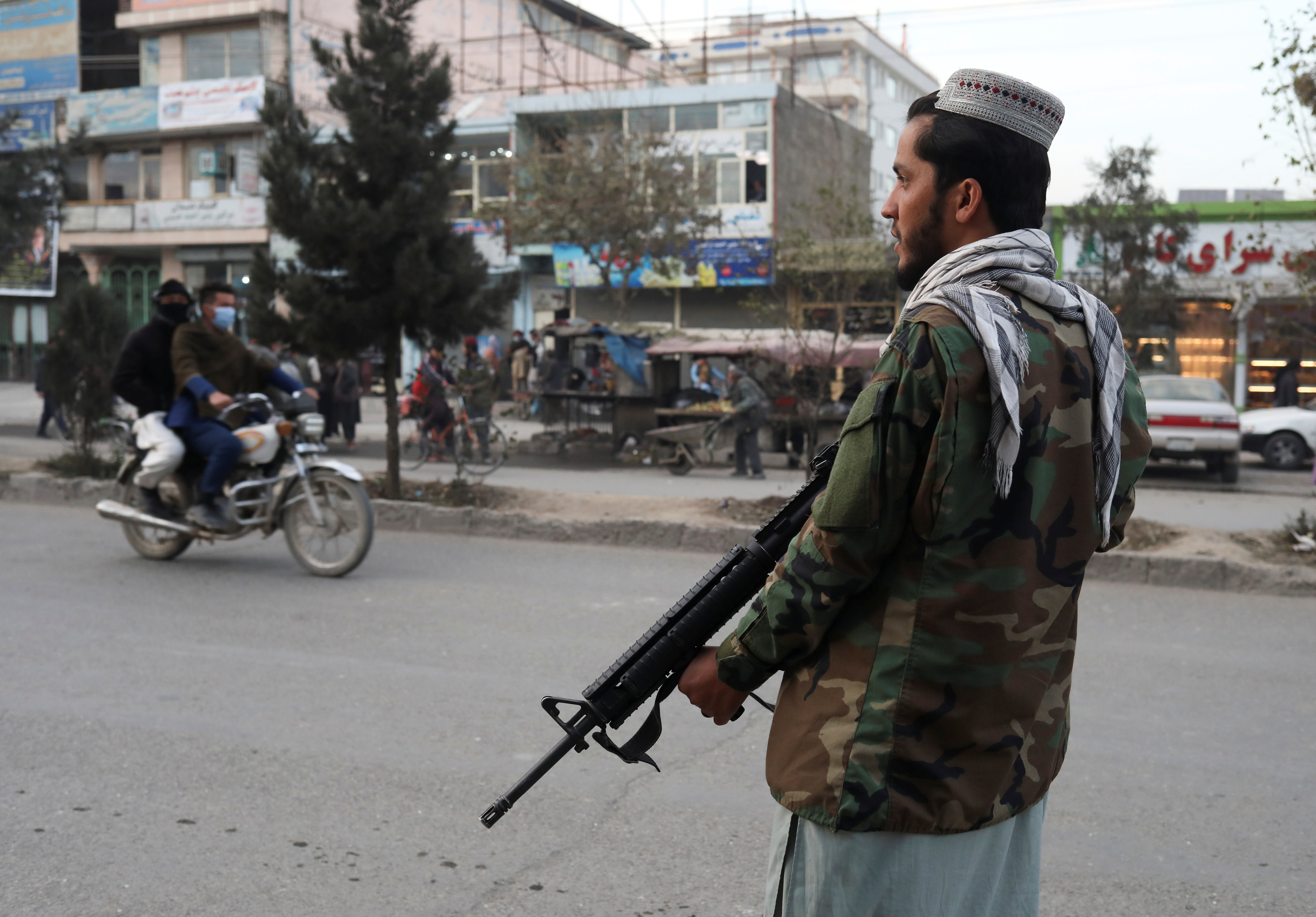 A Taliban fighter stands guard at the site of a blast in Kabul, Afghanistan, November 17, 2021. REUTERS/Ali Khara

WASHINGTON, Nov 17 (Reuters) – The U.N. envoy to Afghanistan on Wednesday delivered a bleak assessment of the situation following the Taliban takeover, saying that an affiliate of the Islamic State group has grown and now appears present in nearly all 34 provinces.

“This is an area deserving more attention from the international community,” she said.

Her comments came hours after the group — an ideological foe of the Taliban — claimed responsibility for two blasts that killed at least one person and wounded six others in a heavily Shiite Muslim neighborhood of Kabul.

The Taliban, she said, has been unable to stem ISKP’s growth.

“Once limited to a few provinces and the capital, ISKP now seems to be present in nearly all provinces, and increasingly active,” Lyons said, adding that the number of the group’s attacks have increased from 60 strikes in 2020 to 334 this year.

While the Taliban is making “genuine efforts to present itself as a government” since seizing Kabul in August after a 20-year war with the United States, they continue excluding representatives of other sectors of society and curtailing the rights of women and girls.

The U.N. mission regularly receives credible reports of house searches and the “extrajudicial killings” of former security personnel and officials, she said.

Lyons warned anew of a humanitarian catastrophe as winter looms due to a failing economy and drought.

She implored the international community to find ways to fund the salaries of healthcare workers, teachers and humanitarian workers, saying humanitarian aid is insufficient.

The economic collapse will fuel illicit drug, arms and human trafficking and unregulated money exchanges that “can only help facilitate terrorism,” Lyons said.

“These pathologies will first affect Afghanistan,” she said. “Then they will infect the region.”