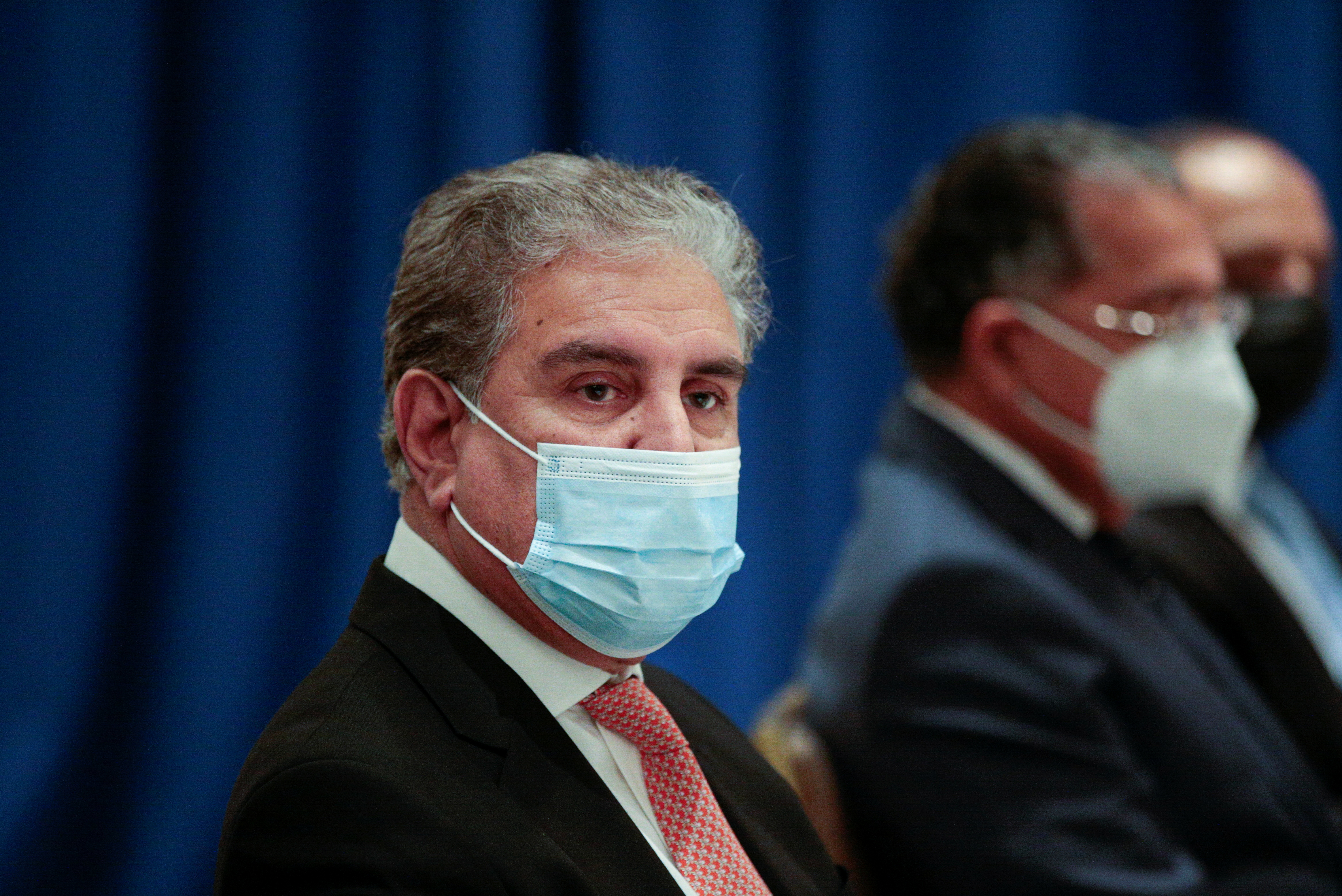 ISLAMABAD, Nov 11 (Reuters) – The so-called Troika Plus group pledged on Thursday to try to ease severe pressure on Afghanistan’s banking system as it warned of possible economic collapse and a humanitarian disaster that could fuel a new refugee crisis.

The group, made up of Pakistan, China, Russia and the United States, met in Islamabad against a backdrop of growing alarm over the situation in Afghanistan, where more than half the population is facing severe hunger over the coming winter.

The Taliban victory in August saw the billions of dollars in foreign aid that had kept the economy afloat abruptly switched off, with more than $9 billion in central bank reserves frozen outside the country.

“Nobody wishes to see a relapse into civil war, no one wants an economic collapse that will spur instability,” Pakistan’s foreign minister Shah Mahmood Qureshi said.

“Everyone wants terrorist elements operating inside Afghanistan to be tackled effectively and we all want to prevent a new refugee crisis,” he told the envoys, who also met the Taliban acting foreign minister Amir Khan Muttaqi.

Restrictions on the banking system put in place by international governments since the Taliban took over have deepened the pain for Afghans, prompting growing calls for the freeze on the reserves to be lifted.

The troika said it acknowledged concerns about the “serious liquidity challenges and committed to continue focusing on measures to ease access to legitimate banking services.”

Pakistan has called on governments, including the United States, to allow development assistance to flow into Afghanistan to prevent collapse.

Pakistan has also discussed the idea of Afghanistan joining CPEC, its multi-billion dollar infrastructure project with China, which comes under the banner of Beijing’s Belt and Road Initiative (BRI).

Thursday’s conference, which reiterated calls on the Taliban to ensure women’s rights are respected and that Afghanistan does not become a base for militant groups to carry out attacks outside the country, is the latest in a series of diplomatic meetings in the region.

Muttaqi arrived in Islamabad on Wednesday to discuss trade and other ties, while neighbouring India held a conference for regional countries on Wednesday, though arch-rival Pakistan did not attend that meeting. read more