The new resistance council has said they want to talk with the Islamic Emirate and reach an agreement. 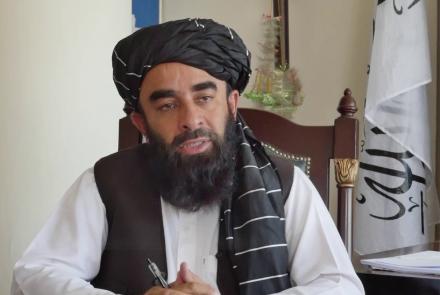 A number of officials of the former government along with mujahideen leaders recently announced the formation of a new political movement called the “High Council of National Resistance of the Islamic Republic of Afghanistan,” which sparked reactions from the Islamic Emirate.

Abdulrab Rasul Sayyaf, a Jihadi leader, and Atta Mohammad Noor, leader of the splinter faction of Jamiat-e-Islami, announced on Facebook the formation of a new political movement, saying it consists of a number of political mainstream groups in the country.

Islamic Emirate spokesman Zabihullah Mujahid, reacting to the new movement, said no one can threaten the people of Afghanistan in the name of resistance or anything else.

“No longer is there a need for making fronts. Anyone who establishes a front will not gain good results,” he said.

“It would be better for the Islamic Emirate to pave the way for all its political opponents to come inside the country and share their views,” said Sayed Ishaq Gailani, leader of the National Solidarity Movement of Afghanistan.

The new council was formed under the leadership of Sayyaf, although it is not known in which countries the members of the council are living.