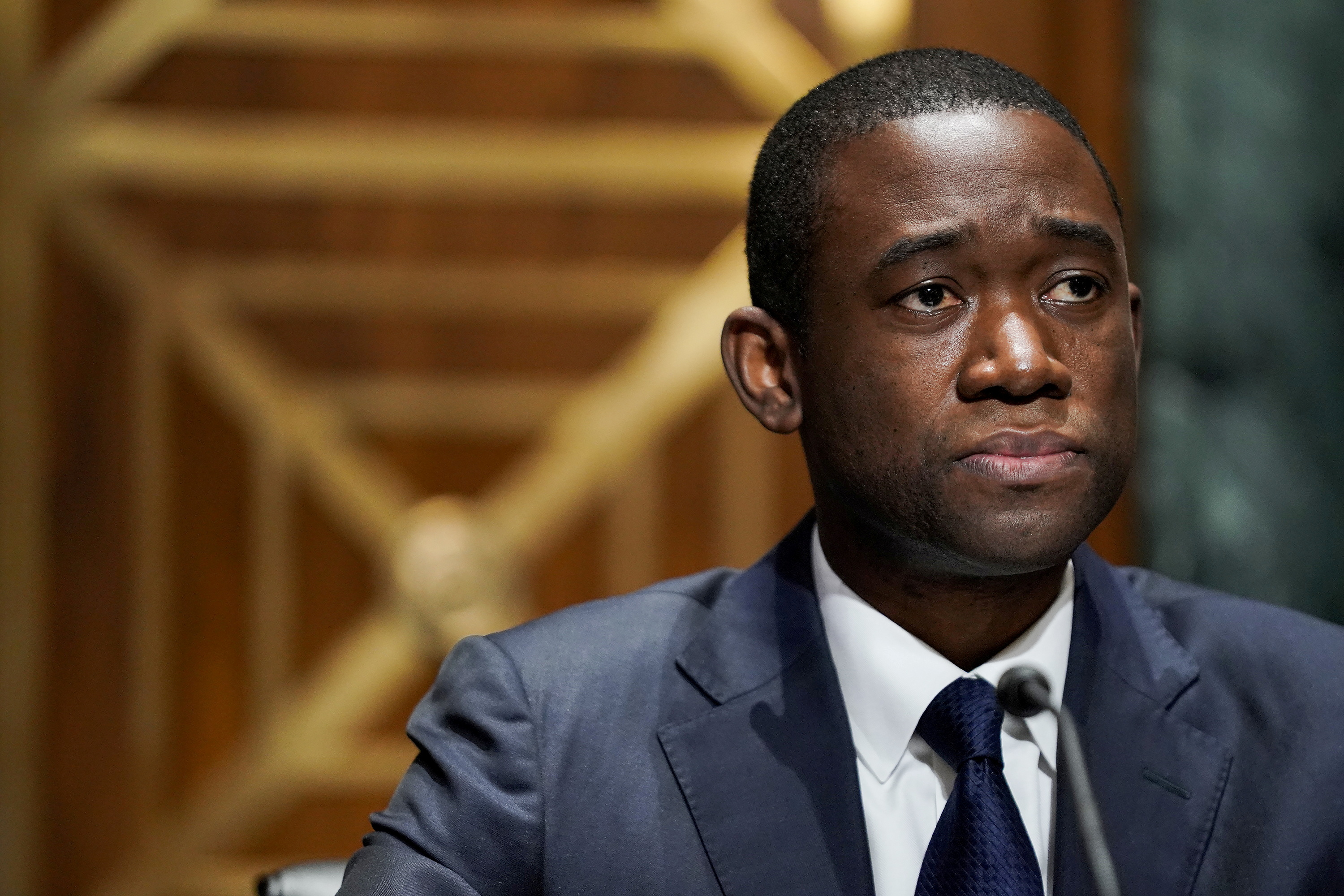 Economist Adewale “Wally” Adeyemo listens to questions during his Senate Finance Committee nomination hearing to be Deputy Secretary of the Treasury in the Dirksen Senate Office Building, in Washington, D.C., U.S., February 23, 2021. Greg Nash/Pool via REUTERS

WASHINGTON, Oct 19 (Reuters) – Deputy U.S. Treasury Secretary Wally Adeyemo on Tuesday said he sees no situation where the Taliban, who regained power in Afghanistan in August, would be allowed access to Afghan central bank reserves, which are largely held in the United States.

The Taliban have called for the United States to lift a block on more than $9 billion of Afghan central bank reserves held outside the country as the government struggles to contain a deepening economic crisis.

“We believe that it’s essential that we maintain our sanctions against the Taliban but at the same time find ways for legitimate humanitarian assistance to get to the Afghan people. That’s exactly what we’re doing,” Adeyemo told the Senate Banking Committee.

Washington and other Western countries are grappling with difficult choices as a severe humanitarian crisis looms large in Afghanistan. They are trying to work out how to engage with the Taliban without granting them the legitimacy they seek, while ensuring humanitarian aid flows into the country.

“Our goal is to make sure that we are implementing our sanctions regime against the Taliban and the Haqqani network, but at the same time allowing for the permissible flow of humanitarian assistance into the country,” Adeyemo said.

The Haqqani network is a group affiliated with the Taliban based near the border with Pakistan and blamed for some of the worst suicide attacks of the war.

Adeyemo said the Treasury was taking every step it could within its sanctions regime to make clear to humanitarian groups that Washington wants to facilitate the flow of aid to the Afghan people, but warned that for humanitarian assistance to flow, the Taliban have to allow it to happen within the country.

The Treasury last month further paved the way for aid to flow to Afghanistan despite U.S. sanctions on the Taliban when it issued two general licenses. read more