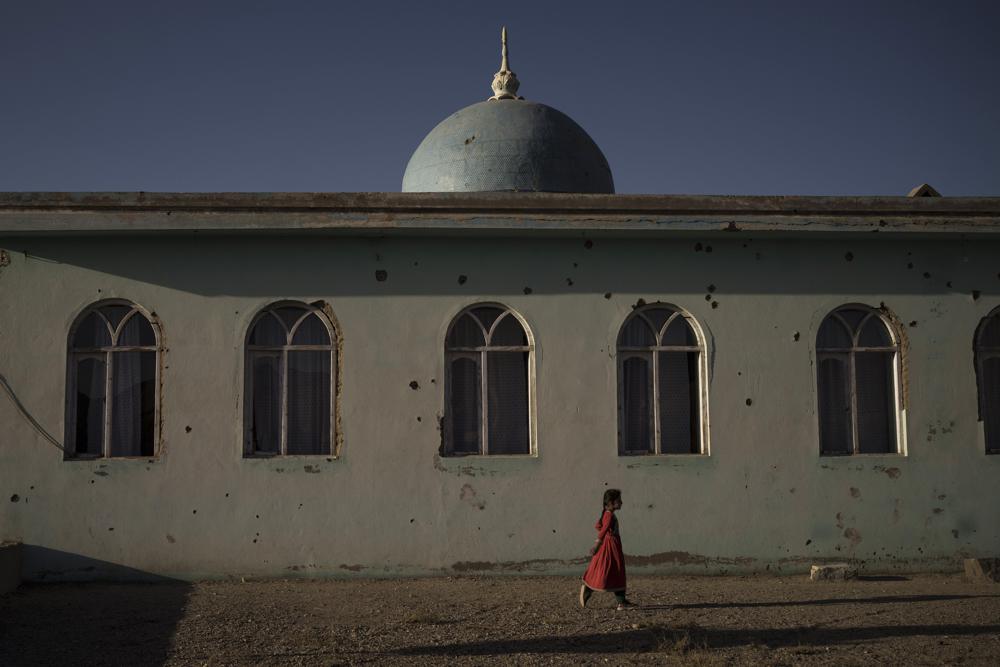 An Afghan girl walks outside a mosque marked by bullet holes at a village in Wardak province, Afghanistan, Monday, Oct. 11, 2021. (AP Photo/Felipe Dana)

ROME (AP) — The European Union warned that humanitarian aid for Afghans won’t suffice in itself to keep hunger at bay as winter approaches after the bloc announced a support package worth 1 billion euros ($1.15 billion) on Tuesday.

The 27-nation bloc made the pledge during a virtual summit of the Group of 20 dedicated to Afghanistan. The Italian government, which holds the G-20 presidency, said the aim of the meeting was to address “urgent” humanitarian support for Afghans, the fight against terrorism and freedom of movement for Afghans inside the country and out.

The EU support package, which includes 300 million euros ($346 million) that had been committed earlier, will be targeted at the Afghan population only and neighboring countries, which have been the first to provide immediate aid.

Beyond such humanitarian aid, EU development aid to the country remains frozen since the Taliban took power in the wake of the U.S. withdrawal from Afghanistan. The EU remains careful not to legitimize the Taliban interim government.

“But the Afghan people should not pay the price of the Taliban’s actions,” European Commission President Ursula von der Leyen said. “This is why the Afghan support package is for the Afghan people and the country´s neighbors who have been the first in providing them with help.”

The aid comes as the United Nations is warning that the Afghan economy is on the verge of collapse and urging countries to inject cash. Afghanistan, which before the Taliban takeover was dependent on international aid that accounted for 75% of state spending, is grappling with a liquidity crisis as assets remain frozen in the U.S. and other countries, and disbursements from international organizations have been put on hold.

In a video address to the online summit, Turkish President Recep Tayyip Erdogan said the international community should keep the channels of dialogue with the Taliban open in order to “patiently and gradually steer” it toward establishing a more inclusive administration.

He repeated that Turkey, which already hosts more than 3.6 million Syrians, can’t burden an influx of migrants from Afghanistan, warning that European nations would also be affected by a new wave of migrants.

“It is inevitable that European countries will also be affected by the migration pressure that Turkey will be exposed to on its southern and eastern borders,” he said.

Erdogan proposed the creation of a working group on Afghanistan within the G-20 and said Turkey was willing to head such a grouping.