Sources on Friday said that the Taliban attacked District 7 of the city of Kandahar and captured two outposts. 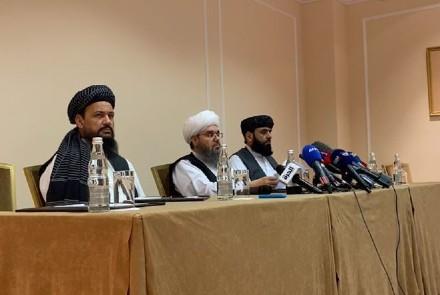 A Taliban delegation in Moscow said on Friday that it will not attack provincial centers – despite fighting by the group on the outskirts of many cities, including Qala-e-Naw in Badghis, over the last three days.

Sources from Kandahar on Friday said that the Taliban attacked District 7 of the city of Kandahar and captured two outposts.

The sources said that some residents of the area have left their homes, but Kandahar police said that more forces have arrived at the area to push back the Taliban attack.

Taliban negotiator Shahabuddin Delawar, who is in Moscow with two other members of the group, said that they will not attack cities to prevent bloodshed.

He said the reason behind their attacks is lack of addressing their demands for the release of their prisoners and removing the names of their leaders from UN blacklist.

Delawar said they are in talks with other Afghans to discuss a new system “that should be Islamic, Afghan-inclusive and united.”

He added that they have “85% of Afghan soil under their control.”

According to him, they have over 250 districts in Afghanistan under their control and over 170 of them have been taken over in the last two months.

In response to a question whether they will favor a return of Taliban’s emirate, Delawar said that the issue will be decided upon in the intra-Afghan peace negotiations.

He said that all Afghan border towns taken over by the Taliban will remain active. He vowed to address traders’ problems.

The Taliban members sought to signal that they did not pose a threat to the wider region however.

They said the Taliban will do all it could to prevent Daesh operating on Afghan territory and that it will also seek to wipe out drug production.

“We will take all measures so that Daesh will not operate on Afghan territory,” Delawar said. “Our territory will never be used against our neighbors.”

Taliban Says It Will Not Attack Provincial Centers07.09.2021