Qatar intends to speed up the Afghan peace process with their appointment of a special envoy to Afghanistan. 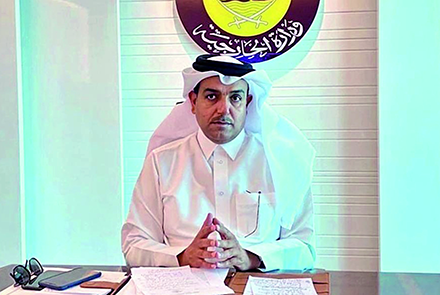 Qatar’s Special Envoy to Afghanistan arrived in Kabul on Tuesday where he met a number of senior Afghan political leaders including former president Hamid Karzai to discuss how to expedite the stalled Doha peace talks. Al-Qahtani is also expected to meet Afghan government officials.

The visit of Special Envoy to Afghanistan Mutlaq al-Qahtani to Kabul comes as a group of politicians led by Abdullah Abdullah postponed a trip to Qatar for talks with the Taliban following an unprecedented escalation of Taliban attacks.

Sources told TOLOnews that Qatar intends to speed up the Afghan peace process with their appointment of a special envoy to Afghanistan.

Regarding the purpose of the envoy’s visit, Hamdullah Moheb, the national security adviser, said: “He may talk about peace, about what Qatar can do in the current situation, what they think about the Taliban, whether they want peace or not.”

“The president should stand bravely and resign, and the Taliban should prepare for a ceasefire, they should come and launch real intra-Afghan peace talks,” said Baghlan MP Azim Mohseni.

A senior Taliban negotiator announced the continuation of talks with the Republic team in Doha, but Mustafa Mastoor, a senior adviser to the High Council for National Reconciliation, said that the Doha talks have faced an impasse due to disagreements between the Taliban and Republic negotiators.

“When the negotiation team of the republic’s side is there, it is only at the contact group level, but it is very slow and not focused on substantial issues,” Mustafa Mastoor said.

Meanwhile, Taliban’s negotiator Sohail Shaheen in an interview with foreign media said there is no military solution to the conflict in Afghanistan.

“Military approach will bring victory but not a durable peace,” said Shaheen.

Meanwhile, sources said that a delegation of Afghan politicians, including Mohammad Younis Qanuni, have traveled to Tehran to consult on the Afghan peace process.

At the same time, the prime minister of Pakistan warned that If the world does not pay attention to the situation in Afghanistan, the bloodshed will continue.

Insufficient progress in the Doha peace talks and the escalation of the war all over Afghanistan has drawn strong criticism among the people of Afghanistan.