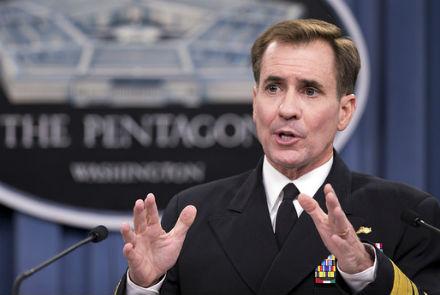 The US military “can already provide the over-the-horizon support that the Afghan government will need,” Pentagon spokesman John F. Kirby said Monday, adding that the United States leaders continually assess the progress of the retrograde from Afghanistan and the state of operations in the country and adjust accordingly.

“Those capabilities already exist. Leaders are looking for better ways to perform the missions,” Kirby said. “Other aspects of the Afghan situation are still being studied. Commanders at many levels are wrestling with what over-the-horizon counterinsurgency and over-the-horizon logistics will look like.”

He said the US leaders continually assess the progress of the retrograde from Afghanistan and the state of operations in the country and adjust accordingly.

“So as we said, from the very beginning; while there is a schedule, we are mindful that that schedule could fluctuate and change, as conditions change,” he further said.

Kirby said there are only two aspects of the Afghanistan retrograde that will not change: “The first is the US military will withdraw all US forces from the country, and the second is the withdrawal will be finished by the September deadline set by President Joe Biden.”

Austin has extended the aircraft carrier USS Eisenhower in the region. He has deployed a bomber task force to the area.

“Nobody is discounting how difficult this is,” Kirby said. “But as the secretary said, difficult does not mean impossible, and we have the ability right now to reach any scrap of Earth that we believe we need to, should the risk warrant it.”

Planners continue to look at ways to provide contractual support to Afghan forces once the retrograde is completed.

US Can Provide Over-the-Horizon Support to Afghanistan: Pentagon06.23.2021