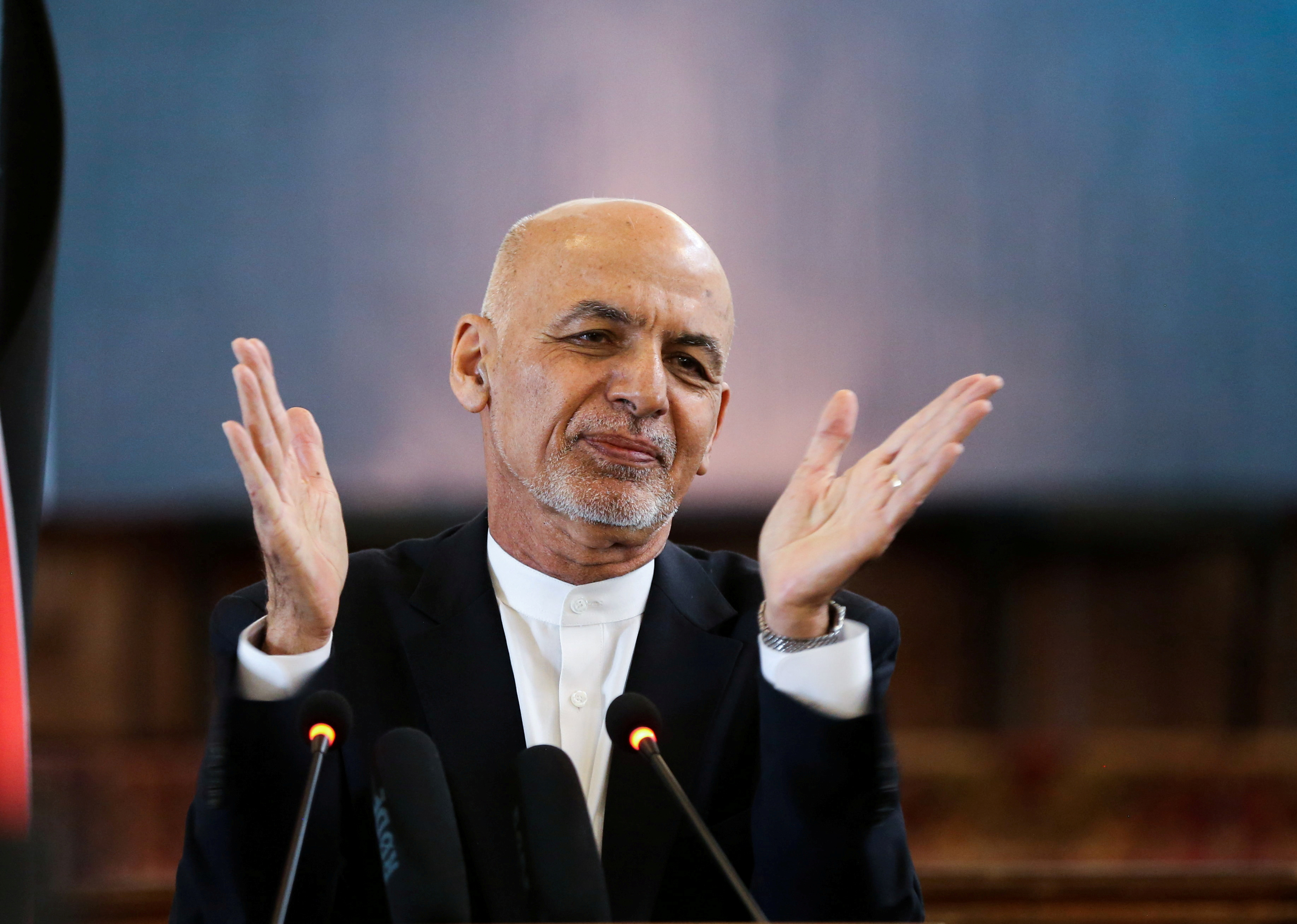 WASHINGTON, June 20 (Reuters) – U.S. President Joe Biden will meet at the White House with Afghan President Ashraf Ghani and the chairman of Afghanistan’s High Council for National Reconciliation Abdullah Abdullah on Friday to discuss U.S. troop withdrawal amid a surge in fighting between Afghan forces and the Taliban across the country.

In their first face-to-face meeting, Biden will seek to reassure Ghani and Abdullah of U.S. support for the Afghan people including diplomatic, economic and humanitarian assistance, the White House said in a statement. Biden will also repeat his pledge to ensure that the country never becomes a safe haven for terrorist groups.

“The visit by President Ghani and Dr. Abdullah will highlight the enduring partnership between the United States and Afghanistan as the military drawdown continues,” the White House said.

However, since Biden’s decision in April to pull out all U.S. troops before Sept. 11 to end America’s longest war after nearly 20 years of conflict, at least 30 districts have been seized by the Taliban.

The group has staged a campaign to expand its influence across the country as the United States began withdrawing troops on May 1 and closed some bases and handed them over to the Afghan government.

The Taliban said the visit would be “useless.”

“They (Ghani and Abdullah) will talk with the U.S. officials for preservation of their power and personal interest,” Taliban spokesman Zabihullah Mujahid said. “It won’t benefit Afghanistan.”

There was no immediate reaction from Ghani’s office but a senior Afghan official said the Afghan president would be seeking assurances from the United States over its continued support for Afghan security forces in the aftermath of the withdrawal.

The visit would also come in the face of slow progress in talks between the Taliban and Afghan government representatives in Qatar. Officials have raised concerns over the stalling negotiations and have said the Taliban has not yet submitted a written peace proposal that could be used as a starting point for substantive talks.

In May, U.S. intelligence analysts released an assessment that the Taliban “would roll back much” of the progress made in Afghan women’s rights if the Islamist extremists regained national power.

Afghans who worked for the United States during the two-decade deployment of U.S.-led NATO troops fear the insurgency will target them and their families as retribution for helping foreign forces.

The Biden administration says it is adding staff to expedite the visa process for Afghans. Refugee advocates and some members of Congress, however, say the effort falls short of their expectations. read more

Speaking in an interview with ABC News on Sunday, U.S. national security adviser Jake Sullivan said the issue was of “paramount priority” to Biden and that the administration was getting people out “at a record pace,” although he gave no specific figure.

“And we are doing the kind of extensive planning for potential evacuation should that become necessary. We will take all of these steps to ensure that we do right by the people who did right by us,” he said.

Asked if the increased violence in the country was forcing the administration to delay U.S. departure from Bagram Air Base, the largest U.S. military base in Afghanistan, Sullivan said there has been no change in plans so far but added:

“What we’re doing is looking every week to check as the drawdown unfolds, whether or not it lines up with our effort to ensure that there is a sufficient security presence at the embassy, that the airport will be secure.”