Civil activists, citing the fatwa, called on the Taliban to stop the killing of Afghans and to put an end to the war that takes lives every day on both sides. 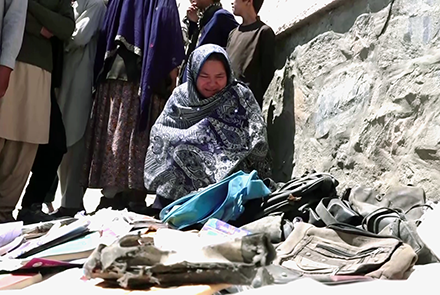 In a press conference held in Kabul on Tuesday, Afghan civil society activists announced their support for the statement by religious scholars at the Makkah summit that declared the Afghan war illegitimate.

The religious scholars’ ‘Makkah Summit’ was held in Riyadh, the capital of Saudi Arabia, on Thursday and included clerics from Pakistan and Afghanistan.

The summit issued and released a Fatwa (a ruling on a point of Islamic law) declaring the ongoing war in Afghanistan illegitimate.

Civil activists, citing the fatwa, called on the Taliban to stop the killing of Afghans and to put an end to the war that takes lives every day on both sides, adding that it is time for the Taliban to select the path of peace.

“I am ready to meet with you, Taliban, but you do not have the courage to fight me face to face, do you? You are stabbing us from behind, what kind of war is this? We are really sick of it,” said Samiyeh Qaderi, a female civil society activist in Kabul.

In a statement, the civil society activists called on the United Nations and international human rights organizations to investigate the “crimes committed by the Taliban against the people of Afghanistan” and to put pressure on the Taliban by imposing sanctions on them.

“The Taliban not only haven’t stopped their fighting but have continued their terrorist and suicide attacks against the innocent and Muslim people of Afghanistan,” said Ehsanullah Qaderi, a civil society activist, who added: “The actions of the Taliban shows that they are not respecting any religious, Islamic or human values.”

The civil society activists affirmed that a continuation of the war in the country cannot be a solution to the crisis in Afghanistan.

“We call on the Taliban not to massacre our nation’s people under the pretext of defending Islam. Do not destroy our homeland, the war in Afghanistan has no religious legitimacy. The nation and the security forces are all Muslim,” said Rahimullah Naseeri, head of the Hamnawa Youth Foundation.