“America wants a Turkish garrison to secure the city’s airport and 600 US marines could be deployed to protect the US embassy,” The Sun reported. 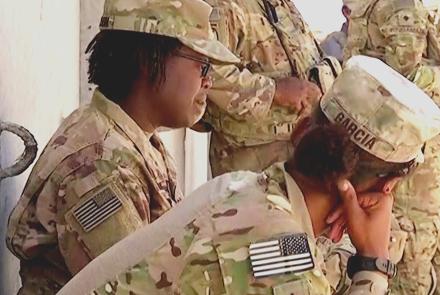 A British newspaper reported that a US plan calls for hundreds of foreign troops to remain in Afghanistan to stop the Taliban from taking Kabul after US and NATO forces withdrawal.

“America wants a Turkish garrison to secure the city’s airport and 600 US marines could be deployed to protect the US embassy,” The Sun reported.

The Taliban have so far not commented on the issue.

This comes as the US continues withdrawing troops from Afghanistan since May 1 as ordered by President Joe Biden.

“The airport is key. Without it there is no way in and out safely so everyone would leave. If that happens Kabul crumbles,” the Sun reported quoting a source.

“The Americans have always struggled for their security wherever they were, they do not have trust in other forces,” said MP Shinkai Karokhel.

“I will explore all options, whether from inside the country or outside it, to continue to support Afghan forces,” said British Defense Secretary Ben Wallace as quoted in The Sun.

“We also addressed Afghanistan where the drawdown of our troops continues in a coordinated way. At the same time, NATO remains committed to our enduring partnership with Afghanistan. This includes continuous training and financial sustainment of the Afghan forces and supporting all efforts towards sustainable peace,” said NATO Secretary-General Jen Stoltenberg.

This comes a day after Afghan National Security Adviser Hamdullah Mohib in a phone call with his American counterpart Jake Sullivan discussed the future.

“Discussions were held on a continued security partnership and the US National Security Adviser also assured of sustainable cooperation to Afghan forces,” said Rahmatullah Andar, a spokesman for National Security Council.

Currently, the Afghan National Security and Defense Forces (ANDSF) are fighting the Taliban in 15 provinces.

Earlier this week the Australian government announced that Canberra has decided to close its embassy in Kabul due to security reaons.

Some Foreign Troops to Remain in Afghanistan05.27.2021