Matthew Hoh is a senior fellow with the Center for International Policy and a member of the Eisenhower Media Network (EMN). He is a 100% disabled Marine combat veteran and, in 2009, he resigned his position with the State Department in Afghanistan in protest of the escalation of the war. The views expressed here are his own. Read more opinion at CNN.

(CNN) Within hours of President Joe Biden’s announcement that US forces will leave Afghanistan by September 11, 2021, objections and remonstrations appeared across US media. These protests are nearly all disingenuous, false and specious, and meant to utilize fear to continue a tragic and purposeless war. 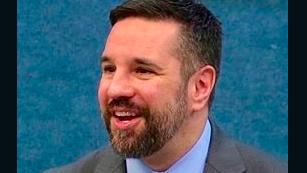 Matthew Hoh
Much of the argument against withdrawal ignores how truly counterproductive the war in Afghanistan has been. Consider just two facts: In the years prior to the US invasion in 2001, Afghanistan and Pakistan were home to four international terror groups. Now, the Pentagon testifies that the number of such terror groups has grown to 20 or more.
Second, when the US first invaded Afghanistan, al Qaeda counted around 400 total members worldwide. Al Qaeda has since spawned branches and offshoots — including the Islamic State — in dozens of countries, with total memberships in the tens of thousands, and have, at times, controlled entire cities in multiple countries.
This, of course, applies throughout the context of US military operations and not just in Afghanistan. For example, in 2009, more than a year after the US military established Africa Command (AFRICOM) there were less than 300 terror attacks in Africa. In 2020, with US commandos, drones and troops in nearly two dozen African countries, the Africa Center for Strategic Studies found that there were almost 5,000 attacks.
These numbers show that the world war that has cruelly raged this century from the western coast of Africa through to Pakistan is motivated and sustained by local forces who oppose foreign presence, as well as predation and disenfranchisement by corrupt, illegitimate and, often, sectarian governments.
Yes, jihadist Islamist groups headline these wars, but the reality is, whether it be in Africa, the Middle East or Central Asia, 70-90% of insurgents fight not for religion or ideology but against what they view as occupation or oppression.
The US government knew this early in the Iraq War. As a US Marine officer in Iraq, and while working on the Iraq desk at the State Department, the intelligence was clear, to me and to anyone who took the time to read the classified transcripts and summaries of interrogations of Iraqi insurgents — that those insurgents were fighting us simply because we were occupying Iraq. These wars are catastrophes of our own making.
The myth that terrorist groups need a safe haven continues even as the reality of the 9/11 attacks demonstrates that Afghanistan only played a minor role in the planning, preparation and training of the hijackers. The logistics for the attack were handled from Germany, where the leading members of the hijackers lived, while training and preparation occurred in Germany, Pakistan, Spain, Malaysia and the United Arab Emirates, as well as Afghanistan
Some hijackers were in the US for longer than in Afghanistan, with a number in the US for 18 months. While in the country they received martial arts training alongside the most critical training at American flight schools: the simulator sessions that taught them how to fly passenger jets into buildings.
None of the hijackers were Afghans, most were Saudis, and, in spite of denials by the Saudi government, it’s hard to believe that the attackers did not have the support of at least some in the Saudi monarchy — a recipient of hundreds of billions of dollars of US weapons. The idea that Afghanistan is central to the needs of terror groups is preposterous and denies the nature of how these groups organize and operate.
Comparisons of Afghanistan to the US withdrawal from Iraq in 2011 have been made to the US withdrawal from Vietnam, and these play on the hollow fear that a US exit from Afghanistan will result in a comeback of Islamic militant forces.
However, Islamic State’s success in Iraq in 2014, culminating in its proclamation of it caliphate in Mosul, was not due to the absence of US forces in Iraq, but rather because of the Iraqi government’s brutal treatment of the Sunni minority and, critically, the direct and indirect support of jihadist groups in Syria by the United States and its allies. 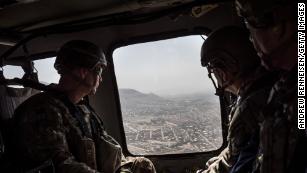 The lies that were told to sustain the US and UK mission in Afghanistan
The US and its allies believed it could use the Islamic State, and other jihadist groups in Syria, in order to overthrow the Assad government.
The US also thought these jihadist groups would not cross the literal line in the sand that divides Syria and Iraq (Iraq being the country from which most of the Islamic State leadership came from through its predecessor al Qaeda in Iraq, which itself was created by the US invasion and occupation). The Obama administration decided it could control the Islamic State for its own purposes. The result was a disaster for Iraq, Syria and US interests.
The idea that Kabul will resemble Saigon in 1975, with helicopters leaving from the roof of the US Embassy, is a favorite among war apologists. This, too, is specious fearmongering. The Taliban, of course, want power, but they are not suicidal.
They clearly understand a violent takeover of Kabul, in a manner similar to the Islamic State’s takeover of Mosul or al Qaeda’s takeover of Aleppo, will result in Kabul being devastated by foreign air forces, just as occurred in Afghanistan in 2001, and in multiple Iraqi and Syrian cities in addition to Mosul and Aleppo from 2014-2017. That is not an outcome the Taliban could want.
This is the first formal peace process in Afghanistan in over 30 years in a war whose violence preceded the Soviet Union’s invasion in 1979. And this process is dependent upon foreign forces leaving Afghanistan. Regardless of whether the 2,500 acknowledged US troops leave Afghanistan, a US withdrawal will not leave a dearth of American firepower in the region.
At least some of the unacknowledged special operations personnel — numbering at least 1,000, according to the New York Times — and the CIA officers who oversee an Afghan strike force could retain a presence in the country. The US also has dozens of squadrons of manned attack aircraft and drones stationed on land bases and on aircraft carriers, as well as hundreds of cruise missiles on ships and submarines, in the region.
However, the planned withdrawal will pave the way for the negotiations that the Afghan people need and deserve after so many decades of suffering.
Violence, as we have known since ancient times, has only proven to be counterproductive and exponentially destructive. The only option forward for Afghanistan, its neighbors and the world, is a peace negotiated by the Afghans, for the Afghans, and protected by an agreement by outside powers to stop the decades-long foreign interference and intervention in the country’s affairs.
What critics of the US withdrawal from Afghanistan get wrong05.20.2021