Stanekzai clarified that forming a coalition government was not a solution to the conflict.

Taliban does not intend to seize power through military struggle, said Sher Mohammad Abbas Stanekzai, a top negotiator for the Taliban in Doha, as the timeline for a US-proposed peace conference on Afghanistan in Turkey approaches.

Stanekzai made the remarks during a virtual meeting with envoys from the UN, Norway, Sweden, Germany, US and the UK.

Stanekzai clarified that forming a coalition government was not a solution to the conflict, stating that there is need for a strong centralized Islamic government in which the rights of every Afghan citizen is protected, not a few.

He also said that the conditional release of 7,000 Taliban prisoners and the removal of names of Taliban leaders from the UN blacklist were a key to move the peace process forward.

“Whenever a member of our delegation wants to go and meet our leaders or military commanders, it takes them days and this causes disruption in the peace process,” said Stanekzai, indirectly asking the removal of Taliban’s names from the UN blacklist.

The Taliban negotiator also assured that Afghan women will be allowed to play a role in the political process of the country and that freedom of speech will be operating within the framework of Islamic Sharia.

“There is a contrast in the Taliban’s words and actions. If the Taliban really wants to prove their words true, then they must engage in purposeful talks and announce a ceasefire,” said Ilyas Wahdat, the former governor of Paktika.

“Republic should be supported, both Afghans and foreigners must support the republic. It is very important,” said MP Abrarullah Murad.

Meanwhile, US special envoy Zalmay Khalilzad has said that the US will stand with Afghans who support the Republic if the Taliban do not choose the path for peace.

He made the remarks after concluding his trip to the region in which he visited Tashkent, Doha Kabul and Dushanbe. He said that he attended a meeting with their allies in Berlin.

Khalilzad Says US Will Back Republic If Taliban Rejects Peace

Khalilzad said Afghan leaders from all sides of the conflict should seize this opportunity and negotiate a political settlement. 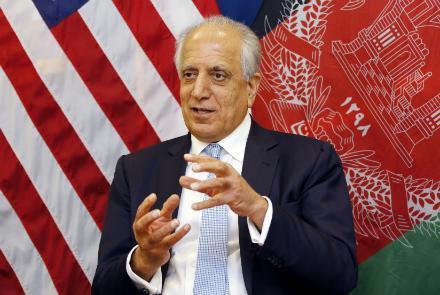 US special envoy Zalmay Khalilzad on May 7 said that the United States will stand with Afghans who support the Republic if the Taliban do not choose peace.

He made the remarks after concluding his trip to the region in which he visited Tashkent, Doha Kabul and Dushanbe. He said that he attended a meeting with their allies in Berlin.

Echoing a joint statement released after the meeting in Berlin on Friday, Khalilzad said in a tweet that “if the Taliban do not choose peace, a future based on consensus and compromise, then we will stand with Afghans who strive to keep the Republic intact.”

But he reiterated that “Republic political unity is a must.”

Khalilzad said that there is a unique international consensus for peace, rooted in the support for a negotiated settlement, an end to violence, and rejection of any attempt to impose a military solution.

Afghan leaders from all sides of the conflict should seize this opportunity and negotiate a political settlement to end their 40 yearlong war, he said.

International consensus does not stop at peace, he said, adding that the world remains steadfast in its support of Afghanistan as the country enters a new phase.

This comes as special envoys and special representatives of the European Union, France, Germany, Italy, NATO, Norway, the United Kingdom and the United States in a statement emphasized the need for continued international support to Afghan National Defense and Security Forces and said it will be necessary to ensure Afghanistan can defend itself against internal and external threats.

The envoys affirmed their commitment to UNSC resolution 2513 (2020) and emphasized that they oppose the establishment in Afghanistan of any government by force which would constitute a threat to regional stability.

The envoys acknowledged the widespread and sincere demand of the Afghan people for an end to the war and a fair and lasting peace and confirmed that such a peace can only be achieved through an inclusive, negotiated political settlement among Afghans, according to the statement that was published by Germany’s Foreign Office on Friday.

This comes as violence has increased across the country following the Biden administration’s announcement on the withdrawal of its troops from Afghanistan. The announcement has been accompanied by fears and concerns about the country’s future once all international troops leave Afghanistan.

Taliban Has No Intention for A Military Takeover; Khalilzad Says US Will Back Republic If Taliban Rejects Peace05.08.2021