Massoud’s warning follows media reports weeks ago that men are taking up arms in Takhar, Baghlan, Daikundi and Baghlan provinces. 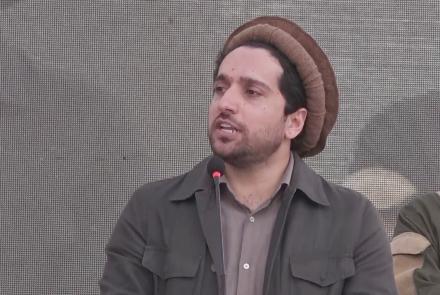 Ahmad Massoud, the son of Afghanistan’s National Hero Ahmad Shah Massoud, on Wednesday said that the Afghan mujahideen are ready for a military confrontation with the Taliban if the group does not abide by its commitments to peace.

In a gathering in Kabul, Massoud and former jihadi commanders called on the Afghan people and mujahideen commanders to stay unified, stating that President Ashraf Ghani has been skeptical of the strength of the mujahideen and has sidelined them from the issues at hand.

Massoud said there is no justification for war while the foreign forces are withdrawing from the country.

“If the negotiations reach a conclusion, that will be good, but if the Taliban tries to enter Kabul with force or seeks to occupy Afghanistan, this wide resistance front should start a revolution against any bullying move,” said Sayed Mohammad Ali Jawed, the head of the Harakat-e-Islami party.

“The president has no trust in the power and strength of the mujahideen, I pray that neither they nor us become in need of each other,” said Ahmad Massoud.

Critics at the gathering accused some politicians of making deals in pursuit of personal agendas.

Massoud’s warning follows media reports weeks ago that men are taking up arms in Takhar, Baghlan, Daikundi and Baghlan provinces.