Analysts said the reaction will encourage other extremist and armed groups to continue violence. 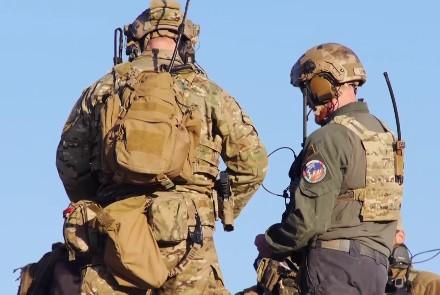 The announcement of the withdrawal of international forces from Afghanistan has encouraged armed and extremist groups in the region and world, say Afghan analysts, who add that if the withdrawal is done “unilaterally and irresponsibly,” it will have negative consequences and will encourage other insurgent movements.

One reaction to the US withdrawal announcement came this week on Twitter from Qais Khazali, CEO of Asa’ib Ahl al-Haq, a movement that is accused of firing rockets at US forces in Iraq.

Khazali reacted to recent remarks of US Gen. Kenneth F. McKenzie, head of Central Command Command, about remaining in Iraq.

Khazali said that the United States will not leave Iraq through talks and that there is a need to use an Afghan method against them.

Some Afghan politicians and military members said the reaction will encourage other extremist and armed groups to continue violence.

They reiterated that the US withdrawal should be responsible.

“If the US leaves Afghanistan unilaterally and irresponsibly … Afghanistan will surely move into another civil war that will affect everyone,” said Fazl Hadi Wazin, a university lecturer.

Afghan analysts said that there are more than 20 terrorist groups in Afghanistan who could prove dangerous, and that the withdrawal might embolded them to engage in further violence.

“When they say they would like to implement the Afghan method to be successful, this is a serious threat and will have a negative consequence,” said Mohammad Hassan Sharifi Balkhabi, an MP from Sar-e-Pul.

The US and NATO forces commander in Afghanistan, Gen. Scott Miller, on Sunday said that there is no military solution to the conflict in Afghanistan.

He said the only reasonable way forward is a political path to peace, otherwise “the violence is senseless.”

Previously, al-Qaeda in a statement had welcomed the US-Taliban deal and called it a victory for the Taliban. Al-Qaeda at the time called on its supporters to come to Afghanistan and help the Taliban.