Turkish Foreign Minister Mevlut Cavusoglu on Wednesday tweeted that the conference had been postponed for after the Eid al-Fitr. 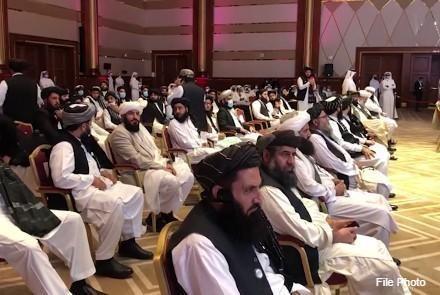 The Taliban reportedly asked the US on Tuesday to ensure the release of its prisoners and the removal of UN sanctions on the Taliban’s leaders in exchange for the participation of the group in the Turkey conference, sources close to the group have told TOLOnews.

The UN-led Afghan peace conference in Turkey was scheduled to take place on April 24, but now the summit has been postponed over non-participation by the Taliban.

Turkey, UN, US and Qatar made several attempts in the past to convince the Taliban to ensure their participation in the conference, but the efforts did not yield an outcome.

Turkish Foreign Minister Mevlut Cavusoglu on Wednesday tweeted that the conference had been postponed for after the Eid al-Fitr.

“We have consulted with Qatar, the US and the UN,” Turkish Foreign Minister Mevlut Cavusoglu said on Wednesday. “We have decided to postpone the Istanbul Conference on the Afghanistan peace process after Eid a l-Fitr.”

“It was good if the release of these 7,000 prisoners was made conditional on a ceasefire…if they accept the ceasefire—when these prisoners are released, then no war is there for them to fight,” said Mohammad Omar Daudzai, President Ashraf Ghani’s special envoy for Pakistan.

Pakistan reportedly also made attempts to influence the Taliban to attend the Turkey conference, but the efforts failed.

“Tomorrow their (Pakistan) high level military and political delegation will visit Kabul and we will have deep discussions with them about improving bilateral ties,” said Daudzai.

This comes as violence continues to grip Afghanistan with dozens killed and wounded on daily basis.

“I want to say to the Taliban that this country has been devastated because of your war, so return to the talks and make an agreement,” said Qazi Mohammad Amin Weqad, the former deputy head of the high council of peace.

The Istanbul conference has been delayed two times due to the denial of the Taliban.

The Taliban have been insisting that the US first needs to implement the Doha agreement before the start of the Istanbul conference, meaning that the US needs to honor its agreement signed under the Trump administration to withdraw all US troops from Afghanistan by May 1.

The Afghan government on Tuesday said the list of a republic delegation for the conference has been finalized.

A high-level Afghan government official who spoke on condition of anonymity told TOLOnews that there is the possibility that a 15- or 17-member team will represent the Islamic Republic of Afghanistan at the conference scheduled for April 24.

The High Council of National Reconciliation (HCNR) also confirmed the finalization of the republic’s negotiating team.