Zarif said that the role of civil society in Afghanistan today is not comparable to 2001 or the 1990s. 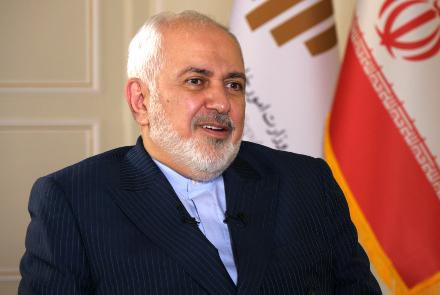 Iran’s Foreign Minister Javad Zarif on Friday said that there is a need for the Taliban “to change in democratic ways” as today’s Afghanistan is different than it was in 2001.

Addressing the Raisina Dialogue’s online conference, Zarif said: “The Taliban has to change based on democratic ways. If they want to go back to their 90s ideology, it will be impossible, as there is a new and different Afghanistan today.”

His remarks come as the withdrawal of US forces from Afghanistan has been officially announced and there are efforts to move the peace process forward.

Zarif said that it is important for all Afghans to agree on what they want and then work on the details on how to create it.

“Regional countries should help Afghanistan create that picture, a democratic government, balanced ethnic representation, and a strong economy,” he stated.

Zarif emphasized the need for unity in the region to help Afghanistan in the peace process.

“We need to put aside our differences and focus on our commonalities, including the fact that an Islamic emirate in Afghanistan is an existential threat to Pakistan and a national security threat to Iran and India,” Zarif said.

He said that the role of civil society in Afghanistan today is not comparable to 2001 or the 1990s.

“While there are problems that remain in the country, we need to preserve what has been achieved in Afghanistan and ensure its continuity,” he added.

Meanwhile, Hamdullah Mohib, the Afghan national security adviser, said the Taliban lost the opportunity for peace they gained after the Doha agreement last year in February.

“The Taliban had a great opportunity after the Doha agreement to be more tolerant and take it as an opportunity to lead their group forward,” Mohib said. “However, they (Taliban) began a narrative of victory, which was false and arrogant.”

Mohib said that the peace process must include all the different groups of the Taliban and that “no group or faction should or can be excluded.”

“Everyone can be represented in the democratic republic of Afghanistan,” Mohib reiterated. “The Taliban cannot believe that they will be able to force themselves on the people.”

Indian External Affairs Minister S Jaishankar at the same event stressed the need for the peace process to be Afghan-led and Afghan-owned.

“Afghanistan needs a double peace – peace within the country and peace around the country,” he said, adding that “Afghanistan’s neighbors must contribute towards this.”

“It is an absolute fantasy that what India has done in Afghanistan is indirectly aimed at Pakistan, and saying so undermines India’s efforts in Afghanistan,” Jaishankar said.