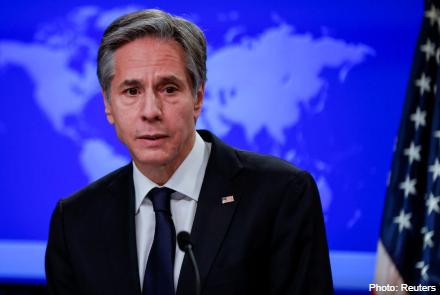 US Secretary of State Antony Blinken will return to Brussels this week for discussions on Iran, Afghanistan and Russian activities directed at Ukraine, a US official said as quoted by Reuters.

The official, speaking on condition of anonymity on Saturday, did not release additional details on the trip, according to Reuters report.

Austin was scheduled to visit NATO headquarters in Belgium on a trip that started on Saturday and also includes Israel, Germany and Britain, the Pentagon said last week.

Reuters reports that the trip by two of President Joe Biden’s Cabinet members coincides with increasing tensions over Russian activities near Ukraine’s eastern border, where Washington says Russia has amassed more troops than at any time since 2014, when it annexed Crimea.

Turkey, a NATO ally, said on Friday the United States would deploy two warships to the Black Sea from April 14-15, according to Reuters.

Khalilzad underscored why it was important both sides accelerate the peace process, a statement said. 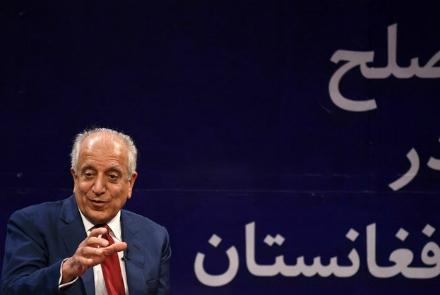 US special envoy Zalmay Khalilzad left Kabul on Monday morning after a four-day visit speaking with Afghan government and political leaders as well as civil society and diplomatic representatives, US Embassy in Kabul said in a statement.

“Khalilzad completed a productive four-day visit to Kabul. He met with government and political leaders, civil society activist and the diplomatic community to discuss preparations for the upcoming Istanbul Conference,” the statement said.

“In each engagement, Ambassador Khalilzad underscored why it was important both sides accelerate the peace process. He also re-affirmed the United State’s enduring partnership with Afghanistan,” it said.

The statement also mentioned: “In these meetings, Ambassador Khalilzad stated that the full and meaningful participation of women and minorities in the peace talks is essential for any solution to be sustainable, in addition to emphasizing the critical role civil society members and youth groups have in representing the broader Afghan population.”

In all the meetings, Khalilzad was encouraged by the shared vision for an Istanbul conference that advances prospects for a just and durable peace in Afghanistan, the statement said.

Sources at the Presidential Palace said that Khalilzad has shared the agenda of the Turkey conference and that all sides are prepared for the summit. But the Taliban said that they have not made a final decision on their participation in the meeting.

Sources close to the Taliban said that the group is seeking the release of its 7,000 prisoners and the removal of their leaders’ names from UN black list in exchange for 45 to 90 days presence of US forces following the May 1 deadline.

The plan will be presented at the Turkey conference on behalf of the Afghan government once it is approved by Presidential Palace.

According to the reconciliation council, the proposal stresses the need for preserving and strengthening the current Republic system, citizens’ rights, human rights, freedom of media, freedom of speech, election, preservation of national institutions and permanent end to the war.

Blinken to Travel to Brussels for Talks on Afghanistan, Ukraine; Khalilzad Leaves Kabul after Meeting with Afghan Leaders04.12.2021