The report states that Afghan government forces will still need long-term global advice and financial assistance after a peace agreement. 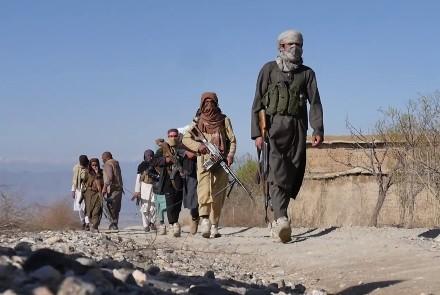 In a new report, the United States Institute of Peace (USIP) focused on the reintegration of the Taliban fighters within the ranks of the Afghan National Security and Defense Forces (ANDSF) in the post-peace era as a challenging task for the future leadership of Afghanistan.

“A core task for Afghanistan’s leadership following a peace agreement will be incorporating Taliban fighters and adherents into the larger society, and particularly into the security services. This will be an adjustment challenge for many communities, the ANDSF, and the Taliban,” the report said.

According to the report, after a potential peace agreement, there will be a need for nearly 60,000 Taliban fighters and adherents to be reintegrated into the ranks of the ANDSF.

The report states that Afghan government forces will still need long-term global advice and financial assistance after a peace agreement.

“We hope that with the support of the international community we will pass this phase successfully as a result of a peace process; naturally, it is a challenging and difficult tasks,” said Mujiburrahman Rahimi, a spokesman for Abdullah Abdullah, the head of the High Council of National Reconciliation.

“Another key to preparing for a post-peace agreement in Afghanistan is to start the dialogue now among Afghans—including both the Islamic Republic of Afghanistan and the Taliban sides—and their security partners and international donors about possible operational issues and a variety of possible solutions,” the report said.

The report mentions that the disarmament of the Taliban will be a hard task in the post-peace years and that the future Afghan leadership will still face security challenges.

The report has suggested that the reintegration of the Taliban fighters should be one of the agenda items during the peace talks.

“Civil society actors, activists…the ordinary people do have the power to really engage in productive nonviolent action and not just be bystanders and observers of the violent conflict, but (they) actually use the nonviolent strategically to change the course,” said Marina Petrova, a member of USIP.

The report states: “Post-settlement security challenges and diminishing international resources will require a reconfiguring of the Afghan National Defense and Security Forces (ANDSF) to focus on increased capabilities for policing and intelligence coordination, fewer kinetic counterinsurgency operations, and continued counterterrorism cooperation, both among the ANDSF services and with Afghanistan’s international partners.”

According to the report, Daesh will be one of the threats facing Afghanistan after a potential peace deal with the Taliban.

“Continued support by the international community and our strategic partners to our national security and defense forces have been very beneficial. The Afghan war originates from international terrorism and this should be fought internationally,” said Rohullah Ahmadzai, a spokesman for the Ministry of Defense.

“Serious conflict risks will exist in Afghanistan even after a peace agreement is finalized. After so much suffering and expense, expectations will be high for a brighter future, with peace taking hold and reduced international involvement,” said the report.

The report says that a settlement will necessarily see the most significant security threat—the Taliban’s organized, active use of violence to topple the government—diminish and change character.

The report also says that for international actors, terrorism is the most widely recognized single threat to Afghanistan’s security and will likely remain so even after the signing of a peace agreement.

“Al-Qaeda operating from Afghanistan provided the original rationale for international intervention in Afghanistan in 2001, and the Islamic State–Khorasan Province (ISIS-K) continues to mount bloody and extensive attacks, primarily on soft targets,” says the report.

On the potential threats of Daesh in Afghanistan, the report said: “in light of the existence of rural and urban ungoverned spaces in many parts of Afghanistan, and past links to certain Afghan and regional power elements, it appears likely that certain groups will continue to base themselves in Afghanistan and exploit weak national institutions and structures, whether or not the Taliban intend or are able to keep their promises.”