“We will reach a conclusion and a settlement on the issue of Afghanistan at the Turkey conference,” said Saadati. 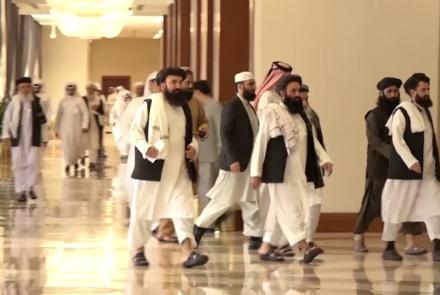 The United States reportedly asked the Taliban to agree to the continued presence of American forces for three or six months in Afghanistan after the May 1 deadline, sources close to the Taliban have said.

According to the sources, the Taliban has so far not made their final decision about the request;  however, the group has apparently insisted that first their 7,000 prisoners should be released, and names of Taliban officials should be dropped from the UN blacklist.

Under the US-Taliban peace agreement signed on February 2020, all US forces stationed in Afghanistan must leave the country by May 1. But sources close to the Taliban have said that the Biden administration has asked the Taliban to agree on the presence of the US forces for another three or six months.

“The Americans have asked for the extension of their troops for another three or six months, but the Taliban insist on the implementation of the Doha agreement,” said Faiz Mohammad Zaland, a university lecturer in Kabul.

Meanwhile, the deputy head of the High Council of National Reconciliation, Assadullah Saadati, has said that the upcoming UN-led meeting on Afghanistan in Turkey will be a destiny-making conference.

“We will reach a conclusion and a settlement on the issue of Afghanistan at the Turkey conference,” said Saadati.

Which delegates will represent the Afghan government at the conference in Turkey is still not certain, but the peace council expects that leaders from all sides of the conflict will participate.

“Leaders from the two sides should attend—the UN’s presence there is for facilitation and mediation,” said Saadati.

“All processes regarding peace were held without the presence of the women and we couldn’t reach a conclusion,” said Sima Samar, the former head of the Afghan Independent Human Rights Commission.

On Monday night, the US special envoy Zalmay Khalilzad met with Marshal Abdul Rashid Dostum, the former first vice president and the two sides discussed the upcoming conference in Turkey.

“The meeting was aimed at unifying the views of the two sides about the Istanbul conference,” said Ehsan Nairo, a spokesman for Dostum.

US President Joe Biden, speaking at an online press conference on Thursday said it will be hard to meet the May 1 deadline for getting troops out of Afghanistan for “tactical reasons.”

Asked if he envisioned US troops in Afghanistan a year from now, Biden said “I can’t picture that being the case.” He also said: “We will leave–the question is when we leave.”

Biden said Secretary Blinken was meeting with NATO allies on Afghanistan on how to proceed, “and if we leave we are going to do so in a safe and orderly way” and a “UN-led process” would be beginning shortly on “how to end this war.”

Biden added: “It is not my intention to stay there for a long time. The question is how and under what circumstances do we meet that agreement that was made by President Trump. To be under a deal that looks like it is not able to be worked out to begin with…”

The Taliban warned that delay in American forces’ presence in the country will be seen as a violation of the Doha agreement and that all future responsibility for the continuation of violence will be on those who violate the deal.

The Taliban said they remain committed to the agreement, and called on the US to stay committed to the deal and avoid wasting this historic opportunity “for flawed advice and incitement by warmongering circles.”

The Taliban said that the Doha agreement is a logical way to achieve peace and end the two decades of war but reiterated that if the deal is violated, the group will “continue its jihad” and fight against the US to “free the country.”

The US-Taliban deal was signed after 18 months of talks between the US negotiating team led by special envoy Zalmay Khalilzad and Taliban negotiators in Doha.

The United States agreed on the deal to withdraw troops from Afghanistan by May 1st and the Taliban committed to cutting their ties with al-Qaeda and other terrorist groups and to not allow terrorist groups to operate on Afghan soil.

Finally, the Afghan government released over 5,000 Taliban prisoners and the intra-Afghan negotiations began on September 12 at a ceremony in Doha. The two sides continued their discussions for three months but were only able to agree on procedural rules of the negotiations during this period.

KABUL: The Taliban group has pushed for a mere delay in the Istanbul meeting, suggesting it should be held after the Ramadan month that follows with a three-day holiday of Eid al-fitr.

The Istanbul meeting was expected to be held on April 15th among the representatives of the world’s countries involved in Afghan affairs. After the Afghan and Taliban peace negotiators appeared reluctant to reach a breakthrough in the intra-Afghan negotiations ongoing in Doha, the U.S. presented the two sides with a new proposal to forge a peace deal to end its longest historic war.

The Taliban called the upcoming holy month of Ramadan as a reason for delaying the meeting. Both theAfghan government and the Taliban earlier confirmed their participation in the Turkey meeting, terming it a defining moment for Afghanistan to reach a political compromise.

The Istanbul meeting would focus on the formation of the next government that lays out the reintegration of the Taliban with the system. It would also include a 90 days ceasefire agreement. But both the government and Taliban announced that they would present their own proposal in the meeting to ensure stability and peace in the country.