Ghani said that a peace agreement that is achieved after talks with the Taliban needs to be endorsed by a Loya Jirga. 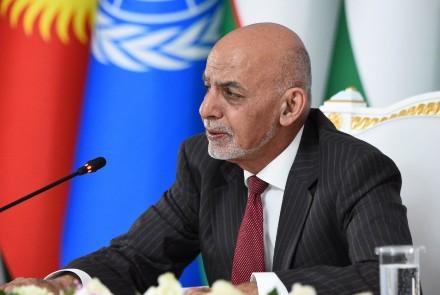 President Ashraf Ghani in an address to the ninth Heart of Asia – Istanbul Process conference in Tajikistan offered details on his government’s plan for a potential UN-led conference in Turkey expected to take place next month, and he reiterated the need to conduct peace efforts within the country’s constitution.

Ghani said that peace efforts require patience: “We envision three phases to this passage: making, building and sustaining peace, focused on achieving the agreed upon end state of a sovereign, democratic, united, neutral and connected Afghanistan.”

Ghani said that a peace agreement that is achieved after talks with the Taliban needs to be endorsed by Afghan representatives in a Loya Jirga, the Grand Assembly – in which usually thousands of representatives from different parts of the country take part.

“Making peace is the process of discussions between the Afghan government and the Taliban that will produce a political agreement to be endorsed by a Loya Jirga, our grand assembly,” Ghani said.

According to Ghani, one phase of the plan is a ceasefire with international verification, monitoring and articulation of principles to ensure international and regional guarantees for the neutrality of Afghanistan, principles for forming a government of peace-building within the framework of the Constitution with a time-bound mandate culminating in an internationally supervised and monitored presidential election, and a framework on counterterrorism objectives.

He suggested that the “peace building government” would be formed by the current elected leadership.

“Building peace is the process of forming a government of peace building formed by the current elected leadership and the other Afghans who will not be elected in the next election within the framework of the Constitution of Afghanistan,” he explained.

“Our Constitution has built-in mechanisms for amending it and a commission should be formed to implement any amendment to the Constitution,” Ghani said. “The government of peace building must have a time bound mandate leading to elections that will secure the credibility and legitimacy of the third phase of this process.”

He said his greatest honor will be to hand over authority to his elected successor.

“I therefore strongly support holding elections at the earliest possible time and I would ask for the international supervision and monitoring to ensure a free fair and inclusive election process,” he added.

Ghani said the final phase following an election is to sustain peace.

“This process includes long-term work of national reconciliation, reintegration of combatants and refugees defining our new security development and government’s priority,” he said.

Ghani said that Afghanistan is on the cusp of both an immense opportunity and immense challenge. “It is possible to put an end to the violence that has haunted us and our lives for 42 years,” he added.