The reconciliation council is working on proposed amendments to at least two parts of the peace plan. 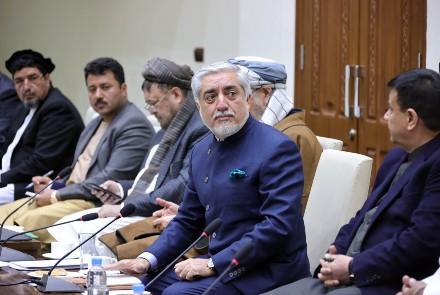 The High Council for National Reconciliation led by Abdullah Abdullah is looking to propose some amendments to the US peace plan for Afghanistan, a member of the council, Farida Mohmand said on Saturday.

The council member said that amendments are apparently converting areas such as the establishment of a potential Fiqh (jurisprudence) council, women’s rights and a potential ceasefire.

Mohmand said the peace plan that was shared earlier last month with Afghan leaders will be put for discussions with a number of amendments reflected on the document.

“These recommendations and plans will be included in the next few days and our plan for the Turkey conference will be prepared,” Mohmand said.

But, the Afghan government has said that a single peace plan that will contain items from all plans will be on the table on behalf of the Islamic Republic of Afghanistan in the upcoming Turkey summit.

Some major political parties have also said they will present their own plans of peace in the conference.

“Some of the influential political parties that are set to attend the Turkey conference will work together and bridge the gaps in their views,” said Humayoun Jarir, a member of Hizb-e-Islami.

Sources recently said that the government will propose an early election as part of its plan for the upcoming Turkey conference. But National Security Adviser Hamdullah Mohib said on Saturday that elections will not be part of the government’s roadmap for peace in the conference.

“The best plan is a one-page plan that contains an interim setup and a ceasefire,” said Sayed Ishaq Gailani, the National Solidarity Party of Afghanistan.

“We hope that the conference brings a positive result. The main thing about this conference is that the people from the higher levels or decision-makers are attending,” said Farooq Wardak, former minister of education.

Reconciliation Council to Propose Amendments to US Peace Plan03.27.2021