Mohib says that so far the Taliban has not offered any roadmap for peace. 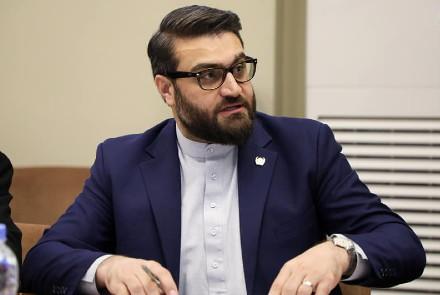 National Security Adviser Hamdullah Mohib on Saturday warned that Afghanistan could slide into an all-out civil war if the US withdraws its forces without a peace agreement.

He reiterated that the Taliban will not succeed to take over the power through military pressure and war.

The Taliban’s negotiators so far have not offered any roadmap for peace and that they do not have the authority to decide on war and peace, Mohib said.

“If the Taliban feels that there will be chaos here and they will achieve power, this is their miscalculations because no one supports the return of the Taliban,” Mohib added.

Referring to the upcoming UN-led conference on Afghanistan in Turkey, Mohib said that the conference will not yield an outcome unless it is attended by an authorized Taliban delegation that has the decision-making authority.

US intelligence agencies have told the Biden administration that the Taliban could overrun most of Afghanistan within two to three years if US troops leave before a power-sharing deal is reached between the warring sides, a news report said on Friday.

Such a takeover potentially would allow al Qaeda to rebuild in Afghanistan, the New York Times reported, quoting anonymous US officials.

In the meantime, the acting minister of defense and the chief of army staff, Gen. Yasin Zia, said the Afghan National Defense and Security Forces are ready for all scenarios.

“They (international community) have their own concerns about their soil and countries. We have to be prepared for the defense of our own country,” Gen. Zia said.

“The entire world invested for peace to prevail, but what Mr. Haibatullah did for Afghans to decrease their miseries,” Mohib asked.

Meanwhile, Chinese Foreign Ministry spokesperson Hua Chunying during a press briefing showed a clip of Lawrence Wilkerson, chief of staff of former US Secretary of State Colin Powell, listing the main three purposes of the US military presence in Afghanistan, with one of these being its efforts to destabilize China.

“We’ve just watched this video clip together. I wonder what you think of it. The speaker is Lawrence Wilkerson, former chief of staff to former Secretary of State Colin Powell and retired US Army Colonel. He was speaking at the Ron Paul Institute in August 2018 on the threefold purposes of the US presence in Afghanistan, one of which is to contain China. He said undisguisedly that “the third reason we were there [in Afghanistan] is because there are 20 million Uyghurs [in Xinjiang]. The CIA would want to destabilize China and that would be the best way to do it to foment unrest and to join with those Uyghurs in pushing the Han Chinese in Beijing from internal places rather than external,” said Hua Chunying as quoted by the Chinese media.

On Wednesday, US President Joe Biden speaking at his first press conference said it will be hard to meet the May 1 deadline for getting troops out of Afghanistan for “tactical reasons.”

In response to Biden’s statement, the Taliban in a statement on Friday warned that delay in American forces presence in the country will be seen as the violation of the Doha agreement and that all future responsibility for the continuation of violence will be on those who violate the deal.

The Taliban said they remain committed to the agreement, calling on the US to stay committed to the deal and avoid wasting this historic opportunity “for flawed advice and incitement by warmongering circles.”