Under the US-Taliban deal, the US forces have to leave Afghanistan on May 1. 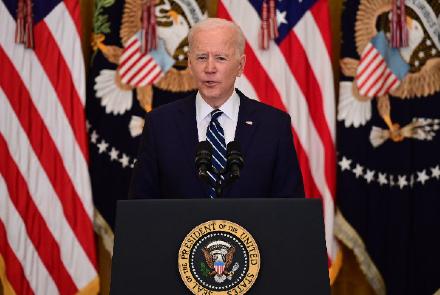 US President Joe Biden speaking at a online press conference on Thursday said it will be hard to meet the May 1 deadline for getting troops out of Afghanistan for “tactical reasons.”

Asked if he envisioned US troops in Afghanistan a year from now, Biden said “I can’t picture that being the case.” He also said: “We will leave–the question is when we leave.”

Biden said Secretary Blinken was meeting with NATO allies on Afghanistan on how to proceed, “and if we leave we are going to do so in a safe and orderly way” and that a “UN-led process” would be beginning shortly on “how to end this war.”

He said: “It is not my intention to stay there for a long time. The question is how and under what circumstances do we meet that agreement that was made by President Trump. To be under a deal that looks like it is not able to be worked out to begin with…”

The deal signed between President Donald Trump’s administration and the Taliban marked its first anniversary on February 29, with the Afghan government saying that the accord did not produce the expected results, as violence in the country has increased. But the Taliban says it is a practical step toward achieving peace and stability in the country.

The US and Taliban deal was signed after 18 months of talks between the US negotiating team led by special envoy Zalmay Khalilzad and Taliban negotiators in Doha.

The United States agreed in the deal to withdraw its troops from Afghanistan by May 1st and the Taliban committed to cutting their ties with al-Qaeda and other terrorist groups and to not allow terrorist groups to operate on Afghan soil.

Finally, the Afghan government released over 5,000 Taliban prisoners and the intra-Afghan negotiations began on September 12 at a ceremony in Doha. The two sides continued their discussions for three months but were only able to agree on procedural rules of the negotiations during this period.

Under the US-Taliban deal, the US forces have to leave Afghanistan on May 1.

Germany has up to 1,300 soldiers in Afghanistan who will stay until January 2022. 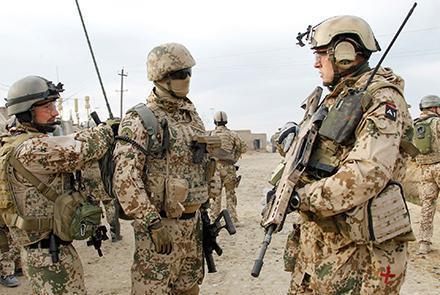 Germany’s Parliament extended the presence of German troops in Afghanistan for another 10 months, media reports say.

Germany has up to 1,300 soldiers in Afghanistan under NATO’s Resolute Support’s train, advice and assist mission to Afghan forces who will stay until January 2022.

The current parliamentary mandate for the German operation expires at the end of March, according to a Reuters report.

This comes as the Biden administration is still reviewing the 2020 agreement with the Taliban and it is not yet clear whether or for how long NATO troops will stay in the country.

US President Joe Biden on Thursday said it will be hard to meet the May 1 deadline for getting troops out of Afghanistan for “tactical reasons.”

“We will leave–the question is when we leave,” he said.

Asked if he envisioned US troops in Afghanistan a year from now, Biden said, “I can’t picture that being the case.”