The UN envoy said that If the peace process is to be sustainable, the parties must look not to Afghanistan’s past, but to its future. 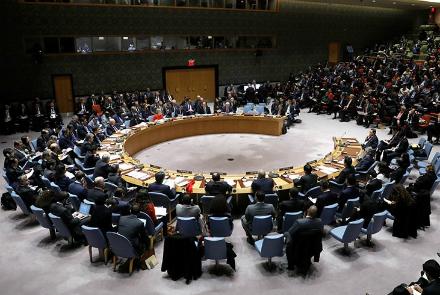 UN envoy Deborah Lyons on Tuesday briefed the Security Council on the situation in Afghanistan and called on the Afghan warring sides to stop the violence and agree on a political settlement.

“The killings, the displacement, the suffering of the Afghan people must end. Now,” said Lyons in a speech to UNSC.

On the Doha talks, she said: “Since my last briefing, progress at the negotiations in Doha has slowed. Afghans and their international partners have begun to voice understandable frustrations about the lack of real outcomes, against the incredible backdrop of extreme violence throughout the country.”

She said that as the talks continue, many stakeholders are increasingly looking to the UN to play a more prominent role.

Lyons said: “I welcome the appointment of my experienced colleague Mr. Jean Arnault as the Secretary-General’s Personal Envoy on Afghanistan and Regional Issues. This will enhance and complement our ongoing work on regional cooperation. We in UNAMA will be working closely with Mr. Arnault in support of Afghan peace and the all-important regional engagement.”

On the upcoming meeting in Turkey, the UN envoy said: “As well, the recently proposed meeting by the US to be held in Turkey, in the coming months, is another opportunity to solidify the principles upon which the process will be based, and potentially lay the foundation for a just and the inclusive political settlement that would complement the ongoing negotiations in Doha.”

“These initiatives must however be focused and coherent. Above all, they must reinforce, rather than undermine, the Afghanistan peace negotiations underway now in Doha. As we enter this upcoming period of heightened intensity, all of us – neighbors, regional players, and international partners – have the responsibility to ensure that our actions are well integrated, mutually reinforcing, and, most importantly, are in the best interests of the Afghan people,” said the UN envoy.

She said that decades of conflict have created real grievances on all sides and there remains a lack of trust among the parties.

“None of this can be resolved in the work of a moment – nor in a few meetings, no matter the location or format. Addressing these issues will require patience and commitment on all sides,” she said.

The UN envoy said that If the peace process is to be sustainable, the parties must look not to Afghanistan’s past, but to its future.

On the presence of women in peace, the UN official said: “Afghan women must be present in the room and at the table when the future of the country is decided on.”

On the continuing high level of violence, she said: “All Afghans are suffering. Suffering from unprecedented levels of violence – even as peace negotiations continue. I am very sorry to report that in the first two months of 2021, we have witnessed the continued trend of rising civilian casualties, documented since the start of the Afghanistan Peace Negotiations in September. Particularly worrying is the array of attacks deliberately targeting civilians.”

She also referred to the targeted attacks and said: “Already this year, UNAMA has documented more than 80 Afghans – including media, civil society, members of the judiciary, religious scholars, and government officials – who have lost their lives in these brutal targeted attacks.”

Lyons said that the Afghans continue to suffer from a deepening humanitarian crisis, and the threat of drought is looming.

On the second wave of COVID-19 in Afghanistan, the UN envoy said: “I want to report that Afghanistan for now, seems to have weathered the second wave of the COVID-19 pandemic. While we must remain vigilant about a potential third wave, vaccinations have now begun, thanks to the donations from the Government of India and the support of the COVAX facility. As the vaccination campaign continues to ramp up, we must continue to ensure that vaccines reach all prioritized groups across the country.”