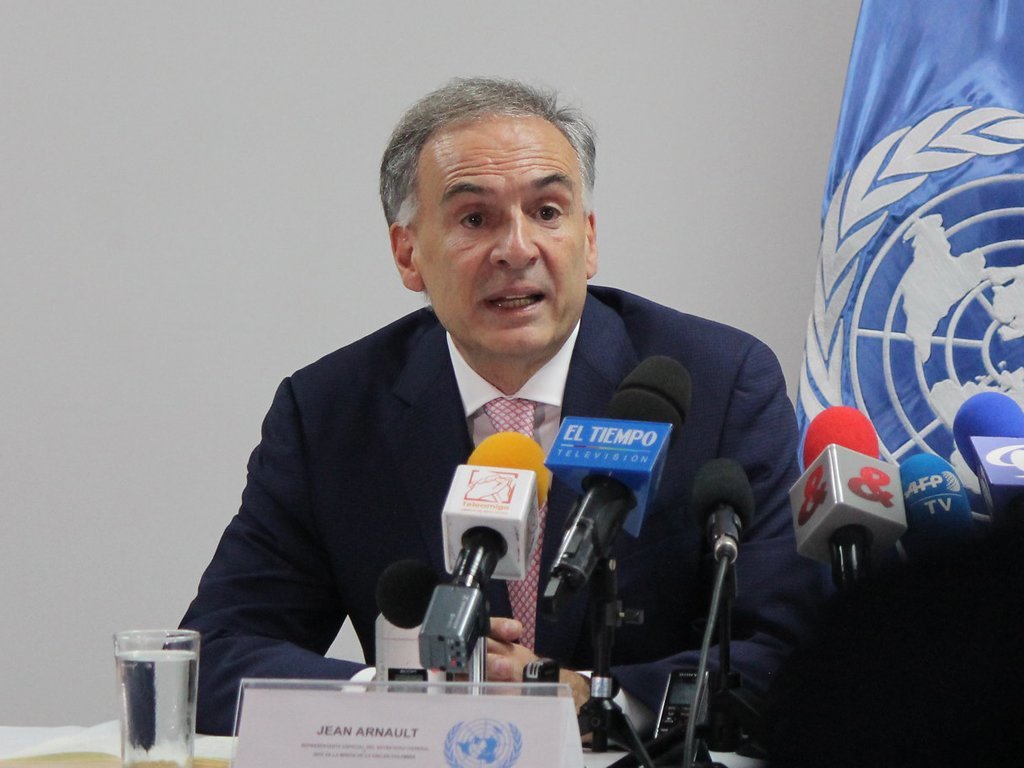 Jean Arnault, then Special Representative of the Secretary-General for Colombia, speaks to the press in Bogota. (file photo)
The United Nations Secretary-General on Wednesday announced the appointment of seasoned mediator Jean Arnault as his new Personal Envoy on Afghanistan and Regional Issues, reflecting the Organization’s continued commitment to the peaceful resolution to the decades-long conflict in the country.

Stéphane Dujarric, spokesperson for Secretary-General António Guterres, said that Mr. Arnault “will work closely with SRSG Deborah Lyons and the UN Assistance Mission in Afghanistan (UNAMA), whose long standing work in support of the peace process as well as regional cooperation will continue, as mandated.”

The responsibilities of the Personal Envoy include to liaise, on behalf of the Secretary-General, with regional countries with the aim of supporting the negotiations between Afghanistan and the Taliban and implementation of any agreements which are reached, Mr. Dujarric added.

“Given the importance of regional cooperation in support to Afghanistan, the Personal Envoy will seek to advance the good neighborly relations contributing to peace in the country”, the spokesperson said.

Mr. Dujarric also said that in addition to working closely with UNAMA, the Personal Envoy will rely on the UN Department of Political and Peacebuilding Affairs (DPPA), and that he will report through the Department to the Secretary-General.

Rosemary DiCarlo, head of DPPA, welcomed Mr. Arnault, adding that his appointment “reflects our strong commitment to a peaceful resolution of the Afghanistan conflict.”

Over 30 years of international diplomatic experience

Mr. Arnault, a French national, brings over 30 years of experience in international diplomacy focusing on peace settlements and mediation, with extensive background in UN missions in Africa, Asia, Europe and Latin America, including Afghanistan, according to a note issued by the spokesperson.

UN statement said that Mr. Arnault brings over 30 years of experience in international diplomacy focusing on peace settlements and mediation. 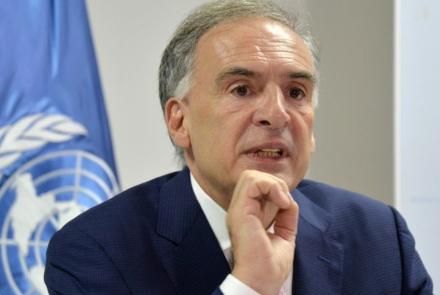 This comes as Afghan political leaders, foreign envoys and the Taliban members are in Moscow to meet on Afghanistan’s peace on Thursday.

“The Secretary-General has asked Mr Arnault to assist in the achievement of a political solution to the conflict, working closely with the United Nations Assistance Mission in Afghanistan (UNAMA) and regional partners,” the UN statement read.

The statement said that Mr. Arnault brings over 30 years of experience in international diplomacy focusing on peace settlements and mediation, with extensive background in United Nations missions in Africa, Asia, Europe and Latin America, including Afghanistan.

Secretary-General appoints Jean Arnault as his personal envoy on Afghanistan03.18.2021