The Russian foreign minister said that his country will continue to play its role to promote political dialogue in Afghanistan. 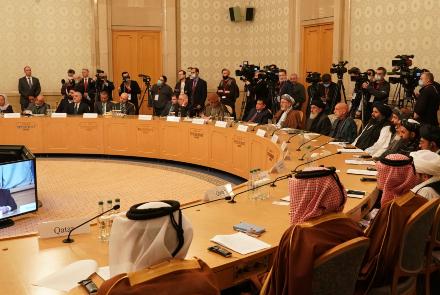 Russian Foreign Minister Sergey Lavrov, during Thursday’s opening session of the Moscow talks on Afghan peace, said that despite the peace agreement between the US and the Taliban in Doha, the security situation has continued to deteriorate.

“Unfortunately, the Doha process for Afghan peace and reconciliation has not yet provided any positive results, but we expect further progress down the line. At the same time, we see that the situation is deteriorating,” said Lavrov.

“We are especially worried by the spring and summer period when traditionally we see more military and hostile activity in the region, and, according to my data and information, it is already starting, we see that people on both sides are continuing to perish, including the civilian population,” he said

“There are radical groups that are trying to use the situation on the ground, including Daesh, to strengthen their position and project their influence in the Central Asian region,” said Lavrov.

The Russian foreign minister said that his country will continue to play its role to promote political dialogue in Afghanistan.

“Russia on its part will continue to help promote the peace process to put an end to the long-term hostilities, and we call on all sides to prevent further hostilities from happening. We need to engage in diplomatic dialogue, and this is the only way to resolve the key issues existing between the parties and this is the idea of this meeting,” the Russian foreign minister said.

He said that the peace process in Afghanistan should be an Afghan-owned and Afghan-led process and that no outsider should try to interfere in the country’s affairs.

Meanwhile,  Abdullah Abdullah, the head of the High Council for National Reconciliation, in his remarks said that the Afghan people have achieved significant gains over the past 20 years with the support of the international community in the areas of reconstruction of state institutions, the formation and structuring of the country’s armed forces, the expansion of citizenship rights, women’s rights, civil society activities, investment in infrastructure, press freedom, education and in the private sector.

“The Islamic Republic of Afghanistan strongly believes in a just, lasting and acceptable political solution to the crisis that is acceptable to all parties and which maintains national sovereignty, independence, Islamic-national values and principles, and the achievements of recent years–especially the fundamental rights of citizens, freedom of expression and women’s rights,” said Abdullah.

Abdullah stated that the politics of the country is based on the will of the people, which originates from elections.

Abdullah said that the entire people of Afghanistan are thirsting for peace and that the release of the Taliban’s prisoners was part of a goodwill gesture of the Afghan people for lasting peace in the country.

On the negotiations, Abdullah said: “The start of peace negotiation talks between the two sides after a long effort is a step forward and a diplomatic success for us, the region and the world, and the process has raised a lot of hopes for an end to the war in Afghanistan.”

Abdullah said that progress has been made on some topics around the agenda of the talks and that Afghans expect this process to accelerate.

“The people of Afghanistan expected that with the release of prisoners on both sides and the start of negotiations, the war in the country would end and violence would decrease. But unfortunately, contrary to the expectations of the people, the war continues all over the country, targeted killings and violence against civilians continue to rage on,” added Abdullah.

Abdullah urged all parties to seize the current opportunity for peace.

“It is not in anyone’s interest to miss the current opportunities and the Afghan people will suffer the most,” he said.

On the cessation of hostilities and ceasefire, Abdullah said: “We want to speed up the negotiation process and swiftly declare a permanent ceasefire to end the violence.”

“We emphasize once again that war is not the solution,” said Abdullah.

Taliban’s chief negotiator Mawlavi Abdul Hakim Haqqani at the meeting said that the Taliban wants a stable, independent Islamic government in Afghanistan that can live in peace and the region.

He said that the Afghans should be allowed to decide on their own destiny.

“We want an inclusive Afghan Islamic system that is able to represent the people,” he said.

Based on the US-Taliban peace agreement signed last February, the US forces in Afghanistan should withdraw from the country by May.

But US President Joe Biden has said that it will be “tough” for the US to meet a May 1st deadline to withdraw American troops from Afghanistan, but that the complete drawdown won’t take much longer.

“That was not a very solidly negotiated deal that the president, the former president worked out,” Biden said in an interview with ABC News.

“We’re in consultation with our allies as well as the government and that decision is in the process now,” he said.

The deadline to end America’s longest war six weeks from now was set under an agreement reached by former President Donald Trump and the Taliban, without the buy-in of the Afghan government.

The Taliban have in the past warned to resume attacks on Americans if they do not leave the country as per the Doha deal.

US special envoy Zalmay Khalilzad will participate in the upcoming Moscow conference that is scheduled for Thursday.‘ 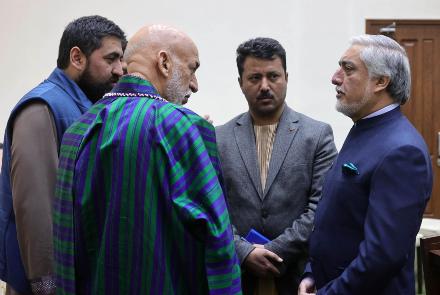 A 16-member delegation of the Afghan government led by Abdullah Abdullah, chairman of the High Council for National Reconciliation, will attend the Moscow meeting that will be held on Thursday, the reconciliation council confirmed.

The Ministry of Foreign Affairs in a statement said it appreciates efforts made by Afghanistan’s neighboring countries and regional and international partners for peace and emphasizes the importance of continuing these efforts and cooperation.

“Appreciating the importance of the Troika meeting on Afghanistan peace in Moscow and the proposed peace conference in Turkey, the Ministry of Foreign Affairs considers them complementary to the Afghanistan Peace Negotiations in Doha and not as a substitute to it,” the ministry said in a statement.

The ministry said the delegation of the Islamic Republic of Afghanistan is currently engaged in negotiation with the Taliban delegation in Doha and these negotiations will continue in the future.

The United States Department of State has confirmed that the US Special Representative for Afghanistan Reconciliation, Zalmay Khalilzad, will participate in the upcoming Moscow conference that is scheduled for the end of this week.

“Well, to answer your question on the peace process in Afghanistan as well as Special Representative Khalilzad, as of last week the Secretary said we are engaging in the region and (with) international partners to try to accelerate progress towards a political settlement, and as a part of our ongoing efforts to encourage this important peace process, Ambassador Khalilzad does plan to attend the meeting in Moscow,” US State Department spokesman Ned Price said.

“This meeting will complement all other international efforts to support the Afghanistan peace process and also reflects the international community’s concerns about the progress to date,” he added.

The High Council for National Reconciliation confirmed that Abdullah Abdullah, head of the council, along with a high-ranking delegation, will travel to Moscow on Wednesday to attend the conference.

The meeting comes amid new developments in the peace efforts in Afghanistan, which include the US Secretary of State Antony Blinken’s letter to President Ghani and Abdullah Abdullah, and the US-proposed draft for Afghan peace shared with Afghan leaders.

According to the reconciliation council, the delegation includes: 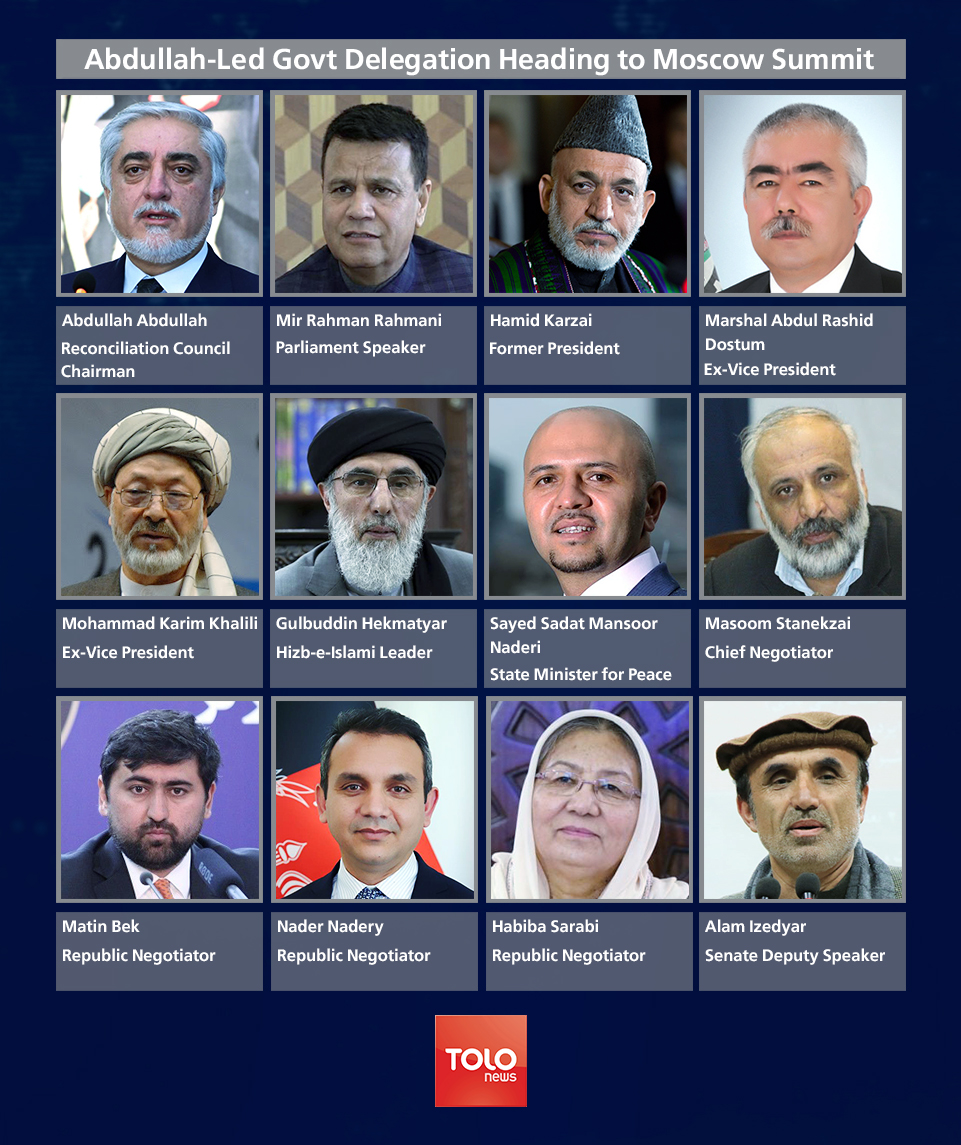