Turkish foreign minister says his country has been involved in the Afghan peace process since the beginning. 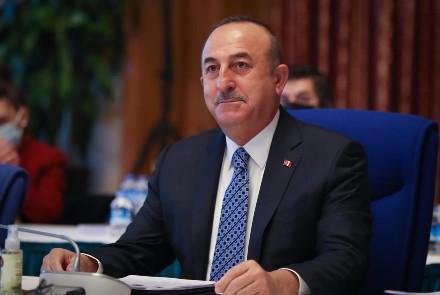 Turkish Foreign Minister Mevlut Cavusoglu on Friday said the UN-led meeting on Afghan peace “is planned to be held in Istanbul in April.”

“We were one of the few countries invited to this signing ceremony, and we are one of the most important actors in Afghanistan,” the Turkish minister said as quoted in a report by Anadolu Agency.

Meanwhile, former president Hamid Karzai in an interview with the Associated Press said that the US draft for a deal between the Afghan government and the Taliban is the best chance to accelerate stalled peace talks between the country’s warring sides.

Karzai said that Afghans themselves “are in a hurry for peace.”

“Peace is such a deep, deep, deeply desired wish of the Afghan people,” said Karzai as quoted by the Associated Press. “You can’t imagine how much of a hurry we are in to reach peace for us and for our younger ones.”

Despite that the US has shared a proposed draft for Afghan peace, Ned Price, a spokesman for the US Department of State said that “we’ve never sought to be prescriptive.”

Referring to the meeting, an opinion piece by Washington Post reads that “first, the United Nations is expected to convene a quick meeting of foreign ministers — probably from the United States, Russia, China, Pakistan, India and Iran” and that “this group would give its blessing to cease-fire negotiations and political transition talks between the Afghan parties.”

It also reads that “next would be a round of talks in Moscow, starting March 18, organized by Zamir Kabulov, Russia’s special envoy to Afghanistan” and that “he would convene what the Russians call the ‘enlarged troika’ group, which includes Russia, China, the United States, Pakistan and Iran.”

The conference was proposed by US Secretary of State Antony Blinken in his letter to President Ashraf Ghani a copy of which was seen by TOLOnews.

In his letter, Blinken puts forth suggestions to the Afghan government to accelerate the peace process, including convening a UN-led conference with international stakeholders, proposals to facilitate discussion between the two sides to form a negotiated settlement and ceasefire, a meeting in Turkey between both sides to finalize a peace agreement, and a revised proposal for a 90-day reduction in violence.

However, along with these proposals, Blinken made clear that the United States is considering all options regarding Afghanistan, including the May 1st deadline for full withdrawal.

Further, Blinken writes that even with the continuation of the US financial assistance to Afghan forces after an American withdrawal, he is “concerned that the security situation will worsen, and that the Taliban could make rapid territorial gains” and that he shares this so that President Ghani “understands the urgency of my tone regarding the collective work outlined in this letter.”

Amidst the US efforts, the officials on Tuesday confirmed that Russia is planning to host a meeting on the Afghan peace process within the next 9 days and that it will invite key political leaders for the event.

Politicians from Afghanistan, including President Ghani and Abdullah Abdullah, the chairman of the High Council for National Reconciliation, as well as foreign envoys and the Taliban representatives, are expected to attend the meeting in Moscow on March 18 to discuss the Afghan peace process, the reconciliation council’s spokesman Fraidoon Khwazoon said.

“A conference will be held. Some figures have been invited. The reconciliation council chairman has also been invited,” Khwazoon said.

“The High Council for National Reconciliation is consulting on the meeting and will decide whether to participate in the conference or not,” he said, adding that “Russia has an important role in the Afghan peace process.”

The aim of the meeting is to accelerate Afghanistan’s peace talks in Doha to put an end to the Afghan conflict, a source said, adding that the meeting has been coordinated with the United States.

Envoys from China, US and Pakistan will attend the meeting, according to a source.

The Presidential Palace so far has not commented on the meeting.

The US State Department said on Monday that it is too early to say how Afghan peace talks are going, but the United States believes this is a moment when progress is possible, Reuters reported.

Reuters reports that State Department spokesman Ned Price also told a regular news briefing that the US special envoy for Afghanistan, Zalmay Khalilzad, would be based in Doha for some time.

“We have continued to encourage all sides to take part constructively and with a degree of alacrity, knowing that this is a moment in time where progress is possible,” Price said. “We want to do everything we can to facilitate that progress, to support dialogue, the inter-Afghan dialogue between the various parties. That’s precisely why we’re there.”