“Right now, that state is under threat. In the wake of the February 2020 withdrawal agreement, all is not well,” SIGAR. 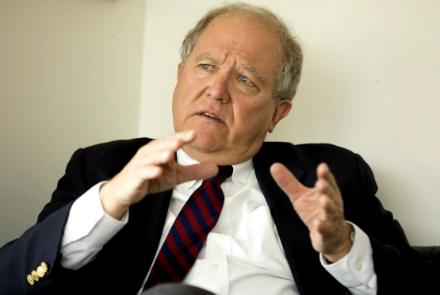 The US Special Inspector General for Afghanistan Reconstruction, John Sopko, has warned over Afghanistan’s situation saying that the state remains under threat and that “all is not well” in the country.

“Right now, that state is under threat. In the wake of the February 2020 withdrawal agreement, all is not well,” Sopko said. “Taliban attacks have actually increased since the agreement was signed, as have assassinations of prominent officials, activists, journalists, aid workers, and others.”

Sopko said that “a Taliban offensive on Kandahar City last October – as peace negotiations were ongoing – may well have succeeded were it not for US air support.”

“Peace talks between the Afghan government and the Taliban have achieved little so far, and time will tell as to whether the new Biden administration initiative will bear fruit,” he said.

He added that the Afghan government’s fears for its survival are exacerbated by the knowledge of how dependent their country is on foreign military and financial support.

“If the goal of the reconstruction effort was to build a strong, stable, self-reliant Afghan state that could protect our national security interests as well as its own – it is a mission yet to be accomplished,” Sopko said.

Speaking on 2021 SIGAR High-Risk List, Sopko said that it appears that even the Taliban understand Afghanistan’s dire need for foreign assistance, as one of the commitments the US had to make was to seek economic cooperation for reconstruction with the new post-settlement Afghan Islamic government.

“As many of you I am sure are aware, multiple reports from Kabul over the past week indicate that the Biden administration is pursuing a new effort to end the war and bring peace to Afghanistan,” he mentioned.

“The situation remains extremely fluid, but, notably, numerous press reports indicate that Secretary of State Blinken recently reiterated to President Ghani that a withdrawal of US forces by May 1st remains under consideration,” he said, adding that “US forces in Afghanistan now stand at 2,500, the lowest level since 2001, and a 98 percent reduction from their peak.”

He also said that as the US Secretary of State Blinken and Secretary of Defense Austin have stated, “it remains in our nation’s interest to ensure that Afghanistan never again becomes a safe haven or breeding ground for terrorists that can harm the United States.”

“Neither SIGAR nor today’s report takes a position on what those future missions should look like, nor do we have an opinion about the future presence of US forces in Afghanistan. We leave those decisions to the policymakers,” he further said.

But he said that as he noted two years ago when they released “last High Risk list”, Afghanistan faces a multitude of challenges, many of which have only been exacerbated since then.

The amounts pledged at the November donor conference for civilian, non-security assistance to the Afghan government through 2024 represent a 15 percent decrease compared to the amount of aid pledged four years earlier, Spoko said.

The amount pledged, if fulfilled, comes close to the $3 billion in donor assistance for civilian expenditures that Overseas Development Institute researchers determined was the minimum yearly amount necessary to preserve Afghan state functionality.

They found that an additional $3.6 billion would be required for security for which, they noted, the United States is presently the only major donor. And Congressional appropriations for security assistance to Afghanistan are at their lowest point in well over a decade.

He mentioned that the World Bank has estimated that the costs of implementing a peace agreement would require roughly $5.2 billion in new, additional civilian assistance through 2024.

This is above and beyond the $6.9 billion which appears to be the bare minimum the Afghan government needs to survive, Sopko said.

Rather than a peace dividend, the international donor community may instead get stuck with the bill, he said, adding that but without continued donor support and the associated leverage that would come with it, any post-peace government may be unlikely to sustain efforts on areas of great concern to donors, including the protection of the rights of women and girls.

WASHINGTON, March 10 (Reuters) – The departure of thousands of U.S. defense contractors from Afghanistan by May 1 – set by a deal last year with the Taliban – may be “more devastating” to Afghan forces than an American troop pullout, a U.S. government watchdog warned on Wednesday.

The assessment by John Sopko, the special inspector general for Afghanistan reconstruction (SIGAR), came as the Biden administration presses the Taliban and Kabul to consider a proposed peace accord and reviews the February 2020 agreement amid surging violence.

The agreement reached by the Trump administration with the Taliban requires the departures by May 1 of all U.S. troops and non-diplomatic civilian personnel, including U.S. defense contractors.

As of October, there were more than 18,000 such contractors, including 6,000 Americans and 7,000 third-country nationals, Sopko told an online forum sponsored by the Center for Strategic and International Studies, a think tank.

Their departure “has been largely ignored” as attention focuses on whether President Joe Biden will withdraw the last 2,500 U.S. soldiers, he said.

Reviewing a new report to Congress and the administration on high risks to U.S. reconstruction efforts, Sopko said the contractors’ departure “may be more devastating to the effectiveness of the Afghan security forces than a withdrawal of our remaining troops.”

“The Afghan government relies heavily on these foreign contractors and trainers to function,” he continued, explaining that 40 percent of them maintain equipment, manage supply chains or train Afghan security personnel on advanced U.S.-supplied equipment.

For example, he said, contractors provide 100 percent of the maintenance for the Afghan air force’s Blackhawk helicopters and C-130 cargo planes, and a new Pentagon assessment found that without them, “no Afghan airframe can be maintained as combat effective for more than a few months.”

A shortage of trained Afghan personnel and the departures of U.S. troops and contractors “will negatively impact Afghan security forces, threaten the Afghan state and imperil our own national security interests if Afghanistan should further destabilize,” he warned.

‘All is Not Well’ in Afghanistan, Says Sopko; U.S. contractors pullout could devastate Afghan forces03.11.2021