Abdullah’s office in a statement on Saturday said that both sides stressed on finding a political solution for the Afghan war.

The scheme, which consisted of ten pages, includes the formation of transitional government.

Hasht-e-Subh Daily reported about the scheme which includes several scenarios for the formation of a translation government as: “three independent and equal forces, parliament, legislative and executive – High Court and Local Courts”. According to a source a high council of Islamic Regulation and a Commission of Modification of Constitution would be formed under the scheme.

Some sources said that a conference with the presence of top Afghan politicians would be held in Turkey if the government and Taliban agreed on the scheme. The summit would be similar to the Bonn-conference in 2001.

Khalilzad traveled to Doha this week after he met with some top Afghan officials, discussing the coming steps in the peace process.

Ata Mohammad Noor Noor says the plan is not final and that it requires more work. 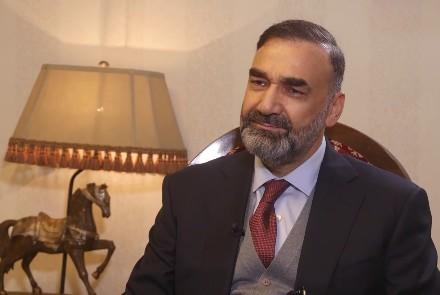 An Afghan politician who has met with the US special envoy Zalmay Khalilzad in Kabul this week said on Friday that a plan for a participatory setup has been shared with the government and political leaders as part of efforts to move the peace talks with the Taliban forward, but he added that the plan is not final and that it requires more work.

Talking to TOLOnews, the CEO of Jamiat-e-Islami, Ata Mohammad Noor, said the plan is focusing on three options.

“There is a plan. This plan encompasses the abstracts and views of politicians, civil society activists, women, the Afghan government and from various parties, even the Taliban,” Noor added.

He said the protection of Afghans’ achievements of the last two decades have been considered in the plan, adding that the United States is in a hurry to implement it, but it requires more debate.

“They (US) say that they have less time, or they say that it should be implemented until the specific timeline so that they withdraw their troops. These are among the issues that have been discussed,” Noor said.

Some MPs said who have met with Khalilzad said meanwhile said the United States has no concern about the implementation of the plan but the plan requires the incumbent president to step down.

Noor hinted that President Ashraf Ghani wants to “sacrifice” for peace, but on condition that it is a durable and dignified peace.

According to two former US officials who attended an online discussion on Afghanistan said the proposed plan for the withdrawal of American troops from Afghanistan does not seem to be based on conditions on the ground in the country.

“For many of us, this is déjà vu all over again,” former US envoy James Cunningham said at an online vent hosted by the Center for a New American Security. “We have an American president faced with arbitrary deadline for full withdrawal of American troops from Afghanistan. Our allies and partners want us to stay. The proposed withdrawal is not based on conditions on the ground. There isn’t any serious political diplomatic strategy to prepare the ground for the withdrawal.”

Lisa Curtis, a senior director for South and Central Asia on the National Security Council, suggested that the US should salvage the Doha agreement.

“It is in US interest to salvage the current US-Taliban agreement and one way to move forward is to bring greater attention and urgency to the part of the agreement that requires a comprehensive ceasefire and political roadmap,” she said.

This comes as former vice president Mohammad Yunus Qanooni on Thursday said a new roadmap for peace is taking shape with the support of the international community with a main focus on consensus within the country and in the region.

“The (peace) process will gain momentum—the reconciliation process will have some changes in terms of its shape and how it is framed,” said Qanooni. 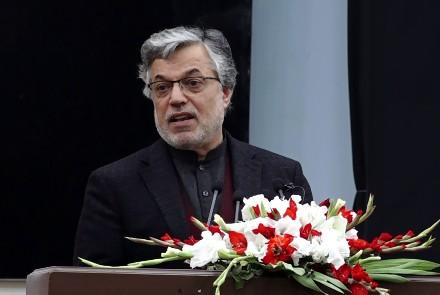 Former Afghan Vice President Mohammad Younus Qanooni on Thursday said that a new roadmap for peace in Afghanistan is taking shape with the support of the international community, and that the main focus will be on forming a regional and national consensus.

He said there will be some differences with the peace process in its new direction.

Qanooni made the remarks at the 26th anniversary of the death of Abdul Ali Mazari, the former head of the Hizb-e-Wahdat-e-Islami Afghanistan party.

Speaking at the event, Mohammad Mohaqiq, a senior adviser for President Ashraf Ghani on political and security affairs, stressed the need for the protection of democracy in Afghanistan.

At the same event, Mohammad Sarwar Danish, the second vice president, said that the plan for the formation of an interim setup in Afghanistan will lead to the collapse of the entire system, adding that the people’s vote is the best option to determine the future of Afghanistan.

However, Qanooni at the event said that with the arrival of a new delegation from the US, the peace process this time will proceed with the support of the United Nations and the process will reach a final conclusion.

“The (peace) process will gain momentum—the reconciliation process will have some changes in terms of its shape and how it is framed,” said Qanooni.

“The format and shape of the current reconciliation process between the two sides needs to be changed. It is a fact that our government is the official institution of Afghanistan–without government, peace is not possible. On the opposite side is the Taliban … reconciliation does not make sense without them, but the third angle which needs to be considered in the peace process is the angle of the people of Afghanistan,” added Qanooni.

“Those who are hired and paid for the destruction of Afghanistan and for the killing of the Afghan people–the idea of these elements is still focused on how to kill and in what way,” said Fazel Hadi Muslimyar, the head of Meshrano Jirga.

‘US Suggests Intl Conference on Afghanistan’

On Wednesday, a US State Department official on condition of anonymity told TOLOnews that the United States has suggested an international conference on Afghanistan.

The US peace envoy for Afghanistan Zalmay Khalilzad during his three-day visit in Kabul has met with influential political figures and Afghan government leaders and discussed the establishment of a transitional period to move toward a future political structure, define the principles of the future system, and to hold a UN-hosted international conference on Afghanistan, according to the US official.

To highlight the key role of the United Nations, a special UN envoy for peace in Afghanistan is needed, according to the official.

Khalilzad will leave Kabul on Thursday for Doha to discuss the issue with the Taliban and to gauge their reaction, the official said.

Khalilzad reportedly discussed the formation of a participatory government in Afghanistan during his recent meetings with the Afghan political leaders in Kabul, including President Ashraf Ghani, sources familiar with the Afghan peace process said on Tuesday.

Sources close to former Afghan president Hamid Karzai and Abdullah Abdullah, the head of the High Council of National Reconciliation (HCNR), said that the US envoy handed them a draft of the participatory government plan and asked them to share their views as soon as possible.

According to the sources, the US envoy told the Afghan politicians that the peace talks in Doha will be sidelined and that a Bonn Conference-style meeting will be held at the international level to discuss the prospect of a participatory government that would include the Taliban.

President Ashraf Ghani’s National Security Adviser Hamdullah Mohib has said on Wednesday that the Afghan government is working with various factions and considering a wide range of alternatives to achieve peace in the country.

Mohib said that any plan or alternative should guarantee the restoration of real peace in Afghanistan.

“We are holding discussions about a wide range of alternatives—but the fact is that the Taliban are busy waging war rather than talking peace,” said Mohib.

“The international community and the Taliban should both give their guarantee to the Afghan people before anything else,” added Mohib.