Mark Esper, who was fired by Trump shortly after the November election said the Taliban clearly have not met the conditions. 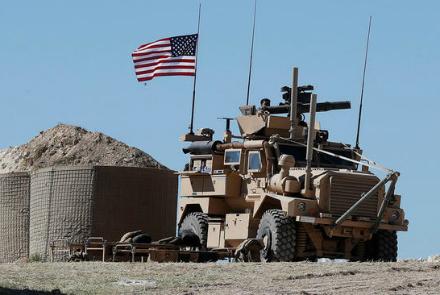 Former US president Donald Trump’s last defense secretary Mark Esper and former president Barack Obama’s first defense secretary Robert Gates both said they would advise President Joe Biden against pulling all US troops out of Afghanistan in time to meet a looming May 1 deadline, according to the Washington Examiner report.

In an interview, Mark Esper, fired by Trump shortly after the November election for insufficient fealty, said the withdrawal deal negotiated with the Taliban a year ago was always contingent on conditions that the Taliban clearly have not met.

Esper said he would have opposed Trump’s post-election order to reduce US troop strength in Afghanistan to 2,500, which he says has effectively undercut any leverage the US had over the Taliban. “I made this clear when I was in the administration at the end, I thought we should hold it 4,500 until the conditions on the ground were met.”

“We have to make sure that again, Afghanistan doesn’t become a safe haven for terrorism. And I say that as somebody who wants to get out of there as badly as anyone else,” he said.

In the meantime, Gates said that the Taliban can’t just take all the marbles.

Robert Gates, who famously clashed with then-Vice President Biden in 2009, who resisted sending more troops to Afghanistan, now argues the “least bad option’ is for the US to stay until the Taliban get the message that the US won’t leave until they get serious about peace.

“My view is that I think the steps the president has taken in terms of hinting that we might not pull the rest of our troops out on the first of May is exactly right. I think that we do need to take into consideration the possibility of having a presence in Afghanistan at roughly the current level, or maybe even slightly more, along with our NATO allies,” said Gates in an interview with Washington Post.

“We have about 2,500 troops there now,” Gates says, and they need to stay, he argues, “for an indefinite period of time, at a minimum until that presence forces the Taliban to realize that they can’t just take all the marbles once we leave.”

US special envoy Zalmay Khalilzad met with Abdullah Abdullah, chairman of the High Council for National Reconciliation, in Kabul on Monday and discussed the review of the Doha agreement, Abdullah’s office said in a statement.

“They discussed peace talks, the review of the Doha peace agreement by the new US administration, the acceleration of the peace process, the second round of talks between Afghans in Doha, reduction in violence, and ways to advance peace talks and achieve lasting peace in Afghanistan,” the statement said.

President Ghani met with Khalilzad on Monday morning, the Presidential Palace said, adding that both sides discussed the next steps for the peace process and emphasized the importance of expediting efforts.

Khalilzad pledged the US will play an effective role in ensuring peace in Afghanistan, the Palace said.

Khalilzad has resumed his trip to the region on the Afghan peace process.

The US State Department in a statement said that Khalilzad and his team will travel to Kabul, Doha, and additional regional capitals on the Afghan peace process.

The statement said that Khalilzad “will resume discussions on the way ahead with the Islamic Republic and Afghan leaders, Taliban representatives, and regional countries, whose interests are best served by the achievement of a just and durable political settlement and permanent and comprehensive ceasefire.”

This is Khalilzad’s first to Kabul and other regional countries after US President Joe Biden took the office.

One year of US and Taliban deal

The deal signed between President Donald Trump’s administration and the Taliban marked a one-year anniversary on Sunday, with the Afghan government saying that the accord did not end up with the expected results as violence in the country has increased. But the Taliban says it is a practical step toward achieving peace and stability in the country.

The US and Taliban deal was signed after 18 months of talks between the US negotiating team led by special envoy Zalmay Khalilzad and the Taliban negotiators in Doha.

The United States agreed in the deal to withdraw its troops from Afghanistan by May 1 and the Taliban committed to cutting their ties with al-Qaeda and other terrorist groups and not allow them to operate on Afghan soil.

“They (Taliban) have committed to cut their ties with terrorist groups; however, according to information obtained by the government, they have not cut these ties,” State Minister for Peace Affairs Sayed Saadat Mansoor Naderi said.

“There isn’t anything in this agreement to give hope to Afghans. This has made progress in the peace process fragile,” said Rahmatullah Andar, spokesman for the National Security Council.

Finally, the Afghan government released over 5,000 Taliban prisoners and the intra-Afghan negotiations began on September 12 at a ceremony in Doha. The two sides continued their discussions for three months but were able only to agree on procedural rules of the negotiations during this period.

Later on, both sides began discussions on the agenda of the talks, but these were stopped for two weeks so that both sides could discuss issues with their leaders.

The first round of talks between the Afghan Republic and the Taliban negotiators continued for three months and were prolonged due to their differences over the religious basis for the talks, the relation of the US-Taliban deal with the talks, and the future government setup.

The second round of the talks started early in January, but relations were cool as there were reports about the intention by the new US administration to review the Doha deal. This led to 36-day pause in the meetings of the working groups of both sides who were expected to finalize the agenda of the negotiations.