Taliban spokesman says the working groups were asked to continue their meetings on the agenda. 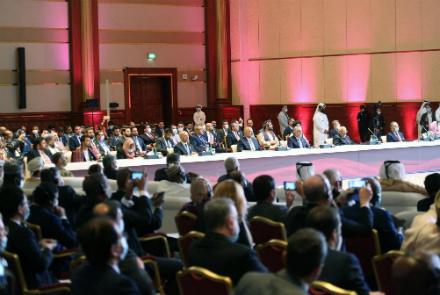 A meeting was held between heads and some members of the negotiating teams in Doha on Monday evening and was focused on the continuation of the negotiations, Taliban spokesman Mohammad Naeem said.

He said the working groups were asked to continue their meetings to finalize the agenda of the negotiations.

The meetings between the two sides have been stalled for the last 36 days.

Abdullah Abdullah, head of the High Council for National Reconciliation, on Sunday said the Taliban violence remains high and that the Afghan people are bearing the sacrifice. He called on the group to return to the negotiating table and resume talks.

Abdullah, who has been attending meetings with representatives from various layers of society in recent weeks, spoke with US Secretary of State Antony Blinken and discussed the US’s review of its strategy in Afghanistan.

The US Department of State said in a statement that Blinken and Abdullah discussed the United States’ review of its strategy in Afghanistan.

“The Secretary thanked Abdullah for his vital work in support of the Afghanistan peace process, and he expressed America’s resolve to support a just and durable political settlement and permanent and comprehensive ceasefire in Afghanistan,” it said.
“Ceasefire is the main demand of Afghans and the continuation of violence is taking lives of people every day,” Abdullah said.

Meanwhile, President Ashraf Ghani in a telephone conversation with families of fallen soldiers assured them that he will not allow the establishment of an interim government as part of peace efforts.

“Be sure that they (Taliban) will not see an interim government while I am alive. I am not the tree that shakes with winds,” Ghani said.
Sources close to the Taliban said that the Taliban violence has increased due to the Biden administration’s lack of interest in the peace process of Afghanistan.

“Violence has increased because the Taliban thinks that the Biden administration is distancing itself from discussions on peace,” said Faiz Mohammad Zaland, a university lecturer.

President Ghani said that any future government setup should be formed after an election. 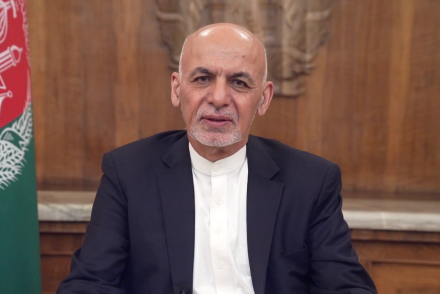 President Ashraf Ghani talking to the BBC on Monday said that Afghanistan is “not Vietnam” and that the government will “not disintegrate,” and he emphasized that the future of the country will be made by its people, not by those pushing “dreams.”

President Ghani said that any future government setup should be formed after an election.

Ghani said that he was “delighted” with his relationship with the new US administration, and a new “coherence” among the international community’s approach to Afghanistan’s future.

“The force of coherence is what I’m counting on to avoid the tragedies. There’s so many fears of collapse into civil war,” Ghani said in the interview with the BBC.

But he dismissed fears of a Taliban military victory. “This is not Vietnam. The government is not collapsing.”

“The Afghan people and the government have the commitment, conviction, and courage to demonstrate the sense of urgency required in such open moments,” Ghani said. “Difficult choices will have to be made to move from being a battlefield of unrestricted warfare to a platform of an Asian roundabout and an international cooperation,” Ghani said.

While all sides are looking forward to the completion of the Biden administration’s review of the Doha agreement, the US Secretary of State Antony Blinken has said in an interview with the BBC that they are in the middle of the review of the deal.

Blinken emphasized the importance of the implementation of the deal, especially a cut in the Taliban’s ties with al-Qaeda.

“We’re in the midst of a very rigorous review of the policy toward Afghanistan and in particular, we need to review carefully the agreements that have been reached between the United States and the Taliban and that the work that we’ve done with the government of Afghanistan and all of that work is ongoing,” Blinken said.

Moreover, Michael McCaul, a top US Republican, has said in an interview with CNN that President Biden needs to keep US troops in Afghanistan to prevent the Taliban from taking over.

“I think Afghanistan can be very important. I hope that the Biden administration I can work with them on this and talk to Secretary Blinken and the national security adviser about leaving a residual force there to protect the homeland and not allow the Taliban to take over their country,” the US congressman said.

Among all these, President Ghani’s special envoy for Pakistan, Mohammad Umer Daudzai, is set to travel to Islamabad on Wednesday where he will call on the Pakistani government to bring the Taliban back to the table of negotiations.

“I hope that they (Pakistan) use their influence effectively and logically to bring the Taliban back to the table of the negotiations and resume meaningful talks,” Daudzai said.

The negotiations between the Islamic Republic of Afghanistan and the Taliban negotiators are stopped for the last 36 days, during which they were expected to hold meetings at working group levels to finalize the agenda of the talks.