In the letter,  the Taliban also said that they will respect women’s rights in accordance to the Islamic principles. 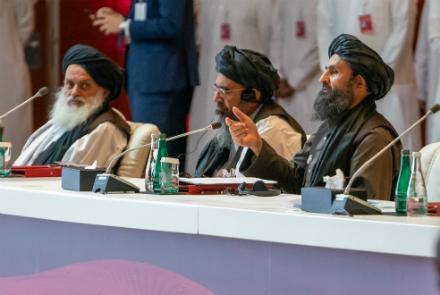 In an open letter to the American public, the Taliban’s leader Mullah Abdullah Abdul Ghani Baradar urged the United States to abide by its commitments to withdraw US forces from Afghanistan in accordance with the US-Taliban peace deal signed between the two sides in Doha last February.

The Taliban senior leader has also said that the group is committed to act upon the US-Taliban peace agreement, stating that he is confident that the Afghans will finally agree on an Islamic system and sustainable peace and security through a political settlement.

“We are fully confident that the Afghans themselves can achieve the establishment of an Islamic government and enduring peace and security through intra-Afghan dialogue,” an excerpt from the letter says.

“The Islamic Emirate of Afghanistan is sincerely committed to finding a political solution to the ongoing conflict and therefore, took the initiative by opening a political office in the nation of Qatar towards this end,” the letter reads.

“Before going to Islamabad, they were looking a bit serious, their colleagues who have not travelled to Pakistan had raised optimism in their talks with our colleagues, but their gesture changed after returning from Islamabad,” said Mateen Bek, a member of the peace negotiating team, representing the Islamic Republic of Afghanistan in the talks with the Taliban.

“Now that a year has passed since the signing of the Doha agreement, we urge the American side to remain committed to the full implementation of this accord,” Baradar said in the letter.

In the letter,  the Taliban also said that they will respect women’s rights in accordance to the Islamic principles.

“Just as the Islamic Emirate of Afghanistan has clarified in many instances that it is committed to upholding and guaranteeing all rights of women afforded to them by Islamic law, we would like to once again assure the international community in this regard,” the letter said.

Why have the talks stalled?

“The Doha meeting is losing its importance because of the review that is expected to occur in the US-Taliban agreement,” said Faiz Mohammad Zaland, a university lecturer.

However, members of the peace negotiating team representing the Islamic Republic of Afghanistan in the talks with the Taliban have said that they are in touch with the international community and countries involved in the peace process in Afghanistan.

“The approach that convinced the Taliban is that they have said that the emirate system will return—and the Americans are serious about leaving—so what is the need for talks?” said Bek.

Based on the US-Taliban agreement, the US forces must leave the country until the end of May.

But the Afghan government has said that currently the conditions are not suitable for the complete withdrawal of US forces from Afghanistan.

Taliban Insists on US Pullout in Open Letter to American People02.16.2021