Survey shows 59 percent of the Afghan population lives in areas under the government’s control. 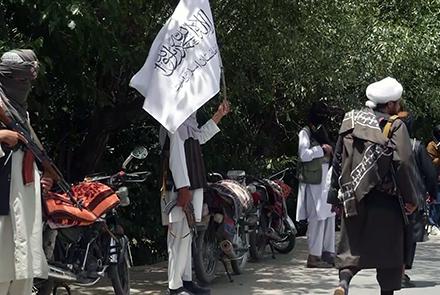 A survey by an Afghan news agency shows that the Taliban controls at least 52 percent of the country’s territory while 59 percent of the population lives in areas under the government’s control.

The survey conducted by Pajhwok Afghan News shows that the Afghan government controls 46 percent of the territory.

The survey was conducted between November 30 to February 3.

During the survey, 1,266 people were interviewed through questionnaires and telephonic conversations. The questionnaires, three papers in total, were distributed to three people in each part of the country.

The findings reveal that the Taliban has full control over 27 districts while the government fully controls 64 districts. The remaining 297 districts are controlled by both, the survey indicates.

A Taliban spokesman has claimed in this survey that they control or have influence over 70 percent of the country’s territory, but a spokesman for the Interior Affairs Ministry has said that the Taliban does not have permanent presence in any part of the country.

The claim by the Taliban was rejected by National Security Adviser Hamdullah Mohib at a weekly briefing on Saturday.

“The Taliban claims to have control over 70 percent of the territory, but even today, they convene their meetings in Quetta (in Pakistan) where they make plan how to kill the people of Afghanistan and destroy the gains that we have achieved and destroy our infrastructures,” Mohib said.

“In 422 districts of which, 24 are temporary, we interviewed three people in each district to find out their perspectives and find who controls or has influence on how many swaths of land,” head of Pajhwok Afghan News Danish Karokhel said.

Taliban Has Shown No Will for Peace, Mohib Says

Taliban blamed the Afghan government for prolonging violence and said it is firm in its commitments. 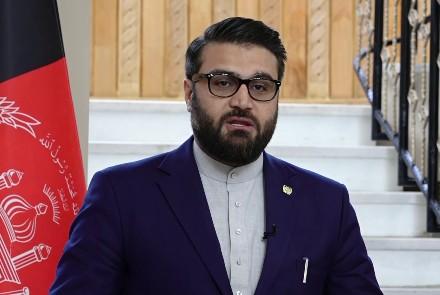 Afghanistan’s National Security Adviser Hamdullah Mohib at a press briefing on Saturday said the Taliban has does not have the authority for negotiations and that group so far has shown no desire for peace and is seeking to seize absolute power.

Mohib reiterated that the government leaders are fully prepared to render sacrifice for peace if real peace is established in the country.

The national security adviser said the Taliban has doubled the scale of violence in the country compared to a year before, but the group in a statement on Saturday insisted that they did not announce their so-called summer offensive last year as part of their commitments in the February 2020 agreement.

“Their leaders want to seize absolute power. Their backers want the destruction of Afghanistan,” Mohib said, referring to the Taliban.

Mohib said that Pakistan apparently supports peace in Afghanistan but in practice, it is supporting the Taliban’s violence.

“They invited their commanders in their homes in Quetta to prepare for the summer offensive,” he said.

The remarks come amid growing uncertainty over peace talks with the Taliban, a drumbeat of targeted killings and the looming withdrawal of US troops from the country.

The Taliban however has denied any involvement in targeted killings. But has vowed to resume fighting if the US forces do not leave the country in May as agreed in the Doha agreement.

“The Taliban is responsible for 98 or 99 percent of incidents that are happening around,” said Ahmad Zia Saraj, head of the National Directorate of Security.

There are rumors that the Taliban has set the release of 7,000 of their prisoners by the Afghan government as a pre-condition to resume the second round of the negotiations.

But the national security adviser said the release of more Taliban inmates will not be in support of reducing violence.

“We did not see anything positive from the release of the Taliban except the increase in violence and the killing of Afghans,” Mohib said.

However, the Taliban in their statement accused the Afghan government of prolonging the violence and said they have remained firm to all their commitments they made in the Doha agreement.

Second Vice President Sarwar Danesh on Friday said the US Special envoy Zalmay Khalilzad once had warned that the security situation in the country will worsen if the Afghan government does not release 400 notorious Taliban inmates.

Taliban Controls 52% of Territory in Afghanistan; Taliban Has Shown No Will for Peace, Mohib Says02.13.2021