Abdullah pledged that women’s rights will not be ignored in the peace talks.

Abdullah Abdullah, the head of the High Council of National Reconciliation, on Tuesday inaugurated the women’s commission of the council and said that there is a need to guarantee the role of the public in the peace process with representatives from all layers of society, including Afghan women.

Abdullah pledged that women’s rights will not be ignored in the peace talks.

“(We must) focus all energy and power in one place to increase the share of people from the villages to the city and to the center of Afghanistan, particularly the share of the women of the country and to ensure the reflection of their voice and legitimate rights in all phases of the peace process until we get to peace,” said Abdullah.

Meanwhile a number of women also urged the need for the protection of their rights in the peace process.

This comes as negotiators from the Islamic Republic of Afghanistan have been in Doha since September 12 where they are trying to finalize an agreement about ending the conflict in Afghanistan.

The talks between the Taliban and the republic side have so far not left a breakthrough and the level of violence is still very high.

The Taliban have been insisting that they fight to bring an Islamic system to the country.

Afghan women have been constantly urging parties to the conflict to ensure that women’s gains are not sacrificed in the peace process.

The Taliban have said that “an Islamic government will replace the current government” in Afghanistan under the incumbent President Ashraf Ghani as a result of peace negotiations.

Citing the US-Taliban peace agreement in Doha on February 29, the Taliban have said that based on the deal, an Islamic government will replace the Ghani government as a result of the intra-Afghan peace negotiations.

In a press conference following their meeting in the Iranian capital Tehran this week, the Taliban’s delegation said that if the US and NATO forces continue to remain in Afghanistan after May, the Taliban will deserve the right to defend their country.

However, the Office of the National Security Council (ONSC) has said that it is premature to talk about the political system in Afghanistan.

The ONSC has suggested that the Taliban should stop shedding blood instead of talking about their own government.

Afghanistan finds itself in a state between hope and fear–hope that the peace negotiations will finally put an end to the conflict, and fear that these negotiations will jeopardize the fragile gains made for women’s rights and gender equality over the past two decades, OXFAM International said in a report last month.

The report titled Women, Peace and Security explores challenges, lessons learned and opportunities in Afghanistan, the Occupied Palestinian Territory (OPT) and Yemen, and says violence continued to severely impact women in the first half of 2020, with 397 casualties.

In Afghanistan, while intra-Afghan peace talks started in September 2020, there are concerns that they will jeopardize fragile gains made for women’s rights over the past two decades.

Systematic challenges and weak cooperation persist, and civil servants have limited awareness and knowledge about the implementation of policies and practices on gender equality, the report said.

The report, which is based on 19 interviews with women’s rights and civil society organizations in the country, says Afghanistan has a very poor track record of including women in peace talks: they were present at only 15 out of 67 formal and informal talks tracked between 2005 and 2020.

This means women were excluded from nearly 80% of meetings, the report says.

The Afghan government has been saying that ceasefire is a priority for the Afghan Republic’s negotiating team, but the Taliban insist that ceasefire will be ensured only after there is an agreement on the details of an Islamic system.

Abdullah says the Taliban’s absence from the negotiating table affects the nation’s hope for peace. 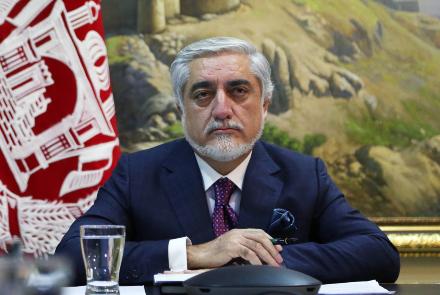 Abdullah Abdullah, head of the High Council for National Reconciliation, on Tuesday criticized the Taliban for their distance from the negotiating table, saying that their absence has stalled the talks for over three weeks.

Abdullah, who addressed a gathering introducing a media commission at the council, said the Taliban’s absence from the negotiation table has affected the hopes for peace in the country.

The second round of the peace negotiations between the negotiating teams of the Islamic Republic of Afghanistan and the Taliban resumed on January 6, and three meetings at the working group level were held to discuss the agenda of the talks. However, no meeting has been held between both sides for the last 23 days.

Countries involved in the peace should encourage the Taliban to return to the table of negotiations, Abdullah said.

The Taliban has been recently busy on regional trips. Their delegations have visited Iran, Russia and Turkmenistan over the last few days, seeking the regional countries’ support for the implementation of the February  2020 agreement in Doha, a document that is being reviewed by the Biden administration, as US officials put it.

Abdullah said every commission in the council will ensure participation from “all layers of society” in the peace process, reiterating that reconciliation efforts need to be inclusive.

Referring to recent remarks on an interim government as part of the peace process, Abdullah said a “transitional government or arrangement” is not the goal; instead, the goal is to enable the public to decide on their future through voting.

Abdullah added that no past experience has shown that an interim setup has resulted in peace in any country and that peace requires inclusivity.

He reiterated that even if there might be talks on an interim government, it should be discussed at the negotiations table.

The remarks come as the level of violence in the country has remained high and the Taliban has been under criticism for “keeping the violence” high as some senior US and Afghan officials put it.

The commander of the United States Central Command, Gen. Kenneth McKenzie, says the level of violence in Afghanistan remains too high and that the US is reviewing the Taliban actions as well as the peace agreement to find a way forward in the near future, but he stressed that there has to be a conditions-based approach when it comes to the withdrawal of American troops from Afghanistan.

Speaking in an online conversation hosted by the Middle East Institute, McKenzie said: “The Taliban continue to resort to extreme violence and targeted killings across the country and frequent attacks on the Afghan forces. While they have mostly avoided attacks on US and coalition units, the level of violence is just simply too high and so that is an action that we look at.”