However, the Office of National Security Council (ONSC) has said that it is premature to talk about the political system in Afghanistan. 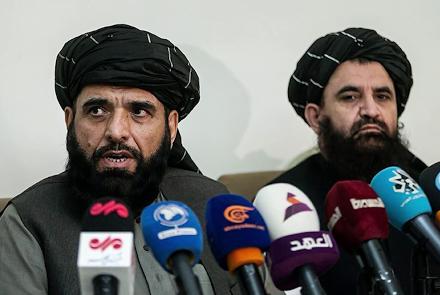 The Taliban have said that an Islamic government will replace the current government in Afghanistan under the incumbent President Ashraf Ghani as a result of peace negotiations.

Citing the US-Taliban peace agreement in Doha on February 29, the Taliban have said that based on the deal, an Islamic government will replace the Ghani govt as a result of the intra-Afghan peace negotiations.

In a press conference following their meeting in the Iranian capital Tehran this week, the Taliban’s delegation said that if the US and NATO forces continue to remain in Afghanistan after May, the Taliban will deserve the right to defend their country.

However, the Office of National Security Council (ONSC) has said that it is premature to talk about the political system in Afghanistan.

The ONSC has suggested that the Taliban should stop shedding blood instead of talking about their own government.

“Before talking about the system, the Taliban should stop shedding the blood of inhabitants of this country, it is premature to talk about the system,” said Rahmatullah Andar, a spokesman for the ONSC.

Meanwhile, Abdullah Abdullah, the head of the High Council of National Reconciliation has said that the peace negotiation talks between the Islamic Republic of Afghanistan and the Taliban have not entered into an important stage.

Nevertheless, Rahmatullah Nabil, the former head of the Afghan intelligence agency—the National Directorate of Security (NDS)–has said that if the Afghan sides of the conflict do not reach an agreement about the crisis, there is a chance that foreigners will impose a plan on the country.

“They will impose a foreign plan on the Afghan govt—in that case, it is the people who will pay the price,” said Rahmatullah Nabil, a former NDS chief.

“If they do withdraw within 14 months from Afghanistan, in that scenario we are also committed—if they (US and NATO forces) do not withdraw, then we will also reassess it,” said Suhail Shaheen, a Taliban negotiator.

What does Iran say about the Taliban?

“This meeting (with Taliban) was shared with the Afghan government—also there were exchanges of views on other topics,” said Saeed Khatibzadeh, a spokesman for the Iranian foreign ministry.

This comes amid rumors about the establishment of an interim government in Afghanistan, which have increased in recent days.

Also on Monday, Mir Rahman Rahmani, the speaker of the Afghan parliament, talked about the prospect of establishing an interim government in Afghanistan, but his statement was met with strong retaliation from Afghan lawmakers.

On Tuesday, a group of people staged demonstrations against the statement by Rahmani, however there are speculations among social media users that most of the protestors were brought there in exchange for money.

Afghan president Ashraf Ghani on different occasions has rejected the prospect of the establishment of interim government and said that he will only transfer the power to his successor through elections and according to the Constitution.