Negotiators are expected to expedite their efforts to finalize the agenda in the next few days, sources said. 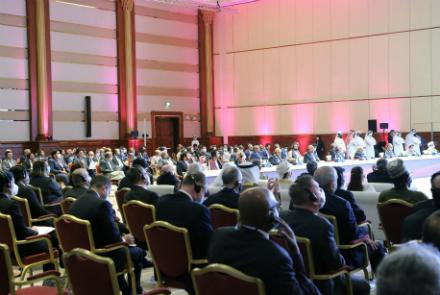 Negotiators from both sides of the peace negotiations held meetings with the US Special Representative for Afghanistan Reconciliation Zalmay Khalilzad in Doha over the past few days as they try to finalize the agenda of the talks, sources familiar with the process said on Friday.

The negotiators are expected to expedite efforts to finalize the agenda within the next few days, the sources said.

“Mawlavi Abdul Hakim and a member of the Taliban are in Doha and the talks are moving forward smoothly,” said Sayed Akbar Agha, a former Taliban commander.

“Our expectation is that the parties expect something logical in the view of the prevailing situations and the needs of Afghanistan,” said Fawzia Koofi, a member of Republic’s team.

Meanwhile, First Vice President Amrullah Saleh in an interview with the BBC has said that the US has conceded too much to the Taliban.

“American mission, which began 20 years ago, is not yet accomplished,” he said as quoted by the BBC. Saleh warned the US forces withdrawal risks more violence in the country.

“I am telling them [US] as a friend and as an ally that trusting the Taliban without putting in a verification mechanism is going to be a fatal mistake,” Saleh said.

He added: “The US delegation came to us and swore on every Holy Scripture that if you release these 5,000 Taliban prisoners there will be no violence. We told them at the highest level that our intelligence indicated otherwise, and if we do this violence will spike. Violence has spiked.”

“You want to negotiate with terrorism, it’s your choice. But we are telling you, don’t be deceived,” Saleh said in the BBC interview.

Former US National Security Adviser HR McMaster has said that the desire for a quick victory in Afghanistan impelled a very successful initial military campaign that unseated the Taliban government, but America’s short-term mentality undermined efforts to achieve a sustainable political outcome.

“The peace agreement that the Donald Trump administration signed with the Taliban is a flawed, it abandoned a long-term approach in favor of satisfying the desire to disengage from the war,” McMaster said on the US-Taliban peace deal. “As the US continued its withdrawal and an intra-Afghan talks stalled, the Taliban intensified attacks against Afghan security forces and civilians. The situation in South Asia requires a consistent, sustainable long-term strategy based on realities.”

The report says violence continued to severely impact women in the first half of 2020, with 397 casualties.

Afghanistan finds itself in a state between hope and fear–hope that the peace negotiations will finally put an end to the conflict, and fear that these negotiations will jeopardize the fragile gains made for women’s rights and gender equality over the past two decades, says a report by OXFAM International.

The report titled Women, Peace and Security that explores challenges, lessons learned and opportunities in Afghanistan, the Occupied Palestinian Territory (OPT) and Yemen, says violence continued to severely impact women in the first half of 2020, with 397 casualties.

In Afghanistan, while intra-Afghan peace talks started in September 2020, there are concerns that they will jeopardize fragile gains made for women’s rights over the past two decades.

Systematic challenges and weak cooperation persist, and civil servants have limited awareness and knowledge on the implementation of policies and practices on gender equality, the report says.

The report that is based on 19 interviews with women’s rights and civil society organizations in the country says Afghanistan has a very poor track record on including women in peace talks: they were present at only 15 out of 67 formal and informal talks tracked between 2005 and 2020.

This means women were excluded from nearly 80% of meetings, the report says.

“We have many hopes for peace, but so far, what we have heard about peace has been a propaganda rather than something practical,” said Muzlifa Kakar, a news presenter.

The women who participated were mostly members of parliament, in high government positions or well-known civil society leaders, the report says. While the peace process could change Afghanistan’s political system, laws and policies around women’s rights, equality and protection are currently quite strong and the key challenge relates to their implementation.

But an Afghan lawmaker, Farida Bekzad, said she hopes to continue her work as a representative of the people in the National Assembly after a possible peace deal with the Taliban.

“We don’t want to go back. Our demand is that women’s rights and the rights of all Afghans should be protected,” Bekzad said.

“We are very concerned about what will happen. Will the Taliban be like the past if they return?” she asked.

The second round of the negotiations in Doha that are expected to begin soon will focus on future government as well as ceasefire.