In 2017, the Pentagon relaxed the rules of engagement in Afghanistan, effectively lifting restraints that were intended to save civilian lives. This was a deliberate policy choice in an effort to gain leverage in negotiations with the Taliban, and civilians have paid a high price. This is particularly evidenced by the 95 percent increase in civilians killed by U.S. and allied forces’ airstrikes between 2017 and 2019 as compared to the previous 10 years.

This report is the latest from the Costs of War project, housed at Brown University and launched by a group of scholars and experts to document the unacknowledged costs of the post-9/11 wars in Afghanistan, Iraq, and elsewhere. Please see www.costsofwar.org and reach out to us at costsofwar@brown.edu. 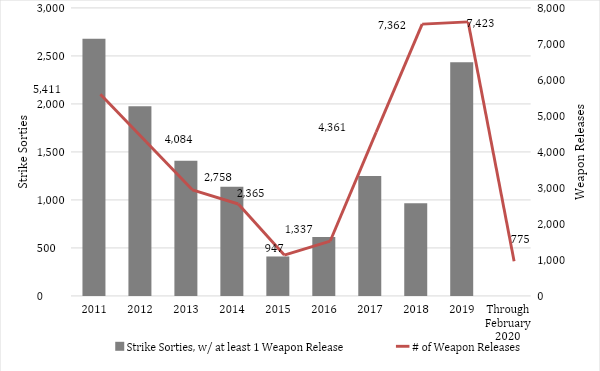 * Note that the U.S. Central Command stopped publishing its monthly summaries of air strikes in Afghanistan in March 2020, so there are no figures for airstrikes after February. 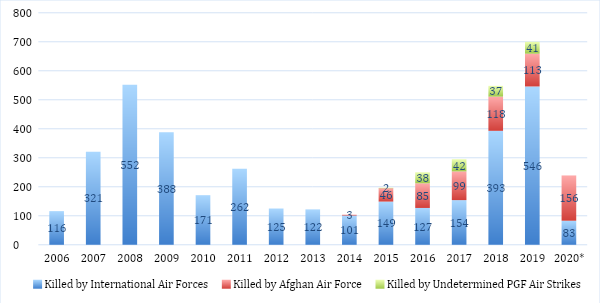