The Afghan government has stated they will work together with the Taliban’s team about the swap. 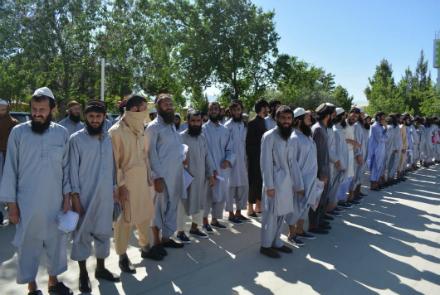 A five-member delegation from the Taliban arrived in Kabul to discuss the issue of the Taliban’s prisoners, said Suhail Shaheen, a spokesman for the group’s political office in Doha.

According to Shaheen, the Taliban’s technical team will certify the identity of the prisoners. Shaheen said that the group released 80 members of Afghan forces in Baghlan and Kunduz provinces on Thursday.

The Afghan government has stated they will work together with the Taliban’s team about the swap.

“In order to extend the ceasefire and kickstart direct talks between the government and the Taliban, the Afghan government is fully prepared to take…other important steps,” said Sediq Sediqqi, a spokesman for President Ashraf Ghani.

On Saturday, President Ghani, in response to the Taliban’s announcement of a three-day Eid ceasefire, pledged to release 2,000 Taliban prisoners as a goodwill gesture to help persuade the group to come to the peace talks.

So far the Afghan government has released 900 prisoners from the 2,000 ordered by Ghani.

Sources close to the Taliban have said that another batch of the Taliban inmates will be released soon.

“Intra-Afghan talks will not be started unless the 5,000 prisoners of the Islamic emirate are released,” said Jalaluddin Shinwari, the attorney general during the Taliban’s regime.

Previously, TOLOnews carried out a poll on its Facebook and Twitter platforms to gage Afghan perspectives of the Afghans on the release of the Taliban.

Of the 24,000 users voted on Twitter, and 73 percent said that they support the release of Taliban prisoners.

“Most of the users on Twitter are from the elites and educated people who in a way are involved in the political developments, but on Facebook there are users who do not value the political and social issues,” said Ali Farhang, a legal expert in Kabul.

Ordinary Afghans have said that the Taliban leadership should guarantee that those who are coming out detainment should not return to the battlefield against Afghan forces.

“We hope that the war will end with the release of Taliban prisoners so that the people live in peace,” said Hassan, a resident in Herat.

The Taliban continue to demand the release of their 5,000 inmates jailed by the Afghan government, which was mentioned in the US-Taliban peace agreement signed in Doha on February 29. The agreement called for the Taliban to release 1,000 detained Afghan security force members.

A government source on condition of anonymity said that an unofficial ceasefire will continue in the country. 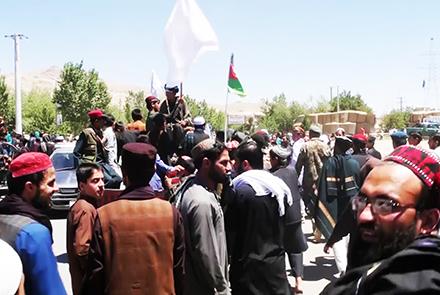 The three-day ceasefire observed by both the Afghan government and the Taliban in honor of Eid-ul-Fitr ended at midnight on Tuesday; however, neither the government in Kabul nor the Taliban have announced an end to the ceasefire or an extension.

But a government source on condition of anonymity said that an unofficial ceasefire will continue in the country.

The three-day Eid ceasefire has raised hopes among the embattled Afghans that this time the country will experience long-term peace if the two sides announce an end to hostilities and sit at the peace table.

The Afghan Independent Human Rights Commission (AIHRC) reported that during the three-day ceasefire there was an 80 percent decrease in civilian casualties.

“The Independent Human Rights Commission calls on all warring factions to respect the demand of the people and agree on a ceasefire,” said Zabiullah Farhang, the head of the media department of the human rights commission.

Afghans across the country are also pushing for the two sides to extend the ceasefire and start the intra-Afghan talks as soon as possible.

“The Taliban described the release of their 900 prisoners as a positive step–they are very happy–because the Taliban have continued the ceasefire,” said General Wahab Wardak, a military analyst in Kabul.

But minor incidents of mortar attacks and mine explosions we’re reported in Helmand, Kandahar, Balkh and Ghazni.

“The two sides should extend the ceasefire—they must come together and move the peace process forward through talks and debate,” said a resident in Kabul Rohul Amin.

According to the AIHRC, before the ceasefire, up to 30 Afghans were killed and wounded as a result of war and violence in the country on a daily basis.

Previously the Afghan government said that it was ready to extend the ceasefire if the Taliban was willing to do so.

Taliban’s released prisoners say the country has witnessed forty years of war that should end now. 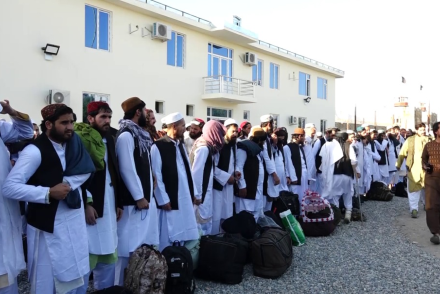 Some released Taliban prisoners claimed they would choose peace and stability “at least for now,” as 328 of them were released from the Pul-e-Charkhi prison on Tuesday.

TOLOnews reporter Zahra Rahimi interviewed five of them. One of them, Sayed Anwar Khairat, was nicknamed “Mr. Manager” by other prisoners. He did not mention what role he had among the Taliban but he said he was arrested by the National Directorate of Security forces in Paktika province eight years ago on charges of cooperation with the group.

During his time in prison, he had no news from his family and had no contact with them for years. Now, he said, he doesn’t know whether to return to the battlefield or to go home.

“A healthy human does not want to live in a bad situation–in war and in insecurity,” said Khairat, referring to the importance of peace in Afghanistan.

Four other prisoners said they were arrested from Helmand and Kandahar. Each of them spent more than six years in prison, they said.

“I am happy for freedom and peace in Afghanistan more than being happy for our release from Pul-e-Charkhi prison,” said a released Taliban prisoner.

“My life has been spent in war. Over the last forty years, there is war and bombardment,” said Mullah Mohammad, a released Taliban prisoner.

Release from prison is an opportunity for 20-year-old Fazl Rabi to continue his education.

“There shouldn’t be war; there should be progress so that we can get an education,” Rabi said.

Despite an unwritten commitment to not return to the battlefield, some prisoners said they are waiting for a decision from their leadership, but in the meantime, they have been told to spend time with their families for a while and to avoid violence.

“Our elders have directed us to go to our homes and continue with a normal life and to not return to war but go towards peace,” said Muslim Afghan, a released Taliban prisoner.