Afghanistan Peace Campaign
By TOLOnews.com
24 May 2020

Sediqqi says the government is taking further steps to ensure the success of the peace process. 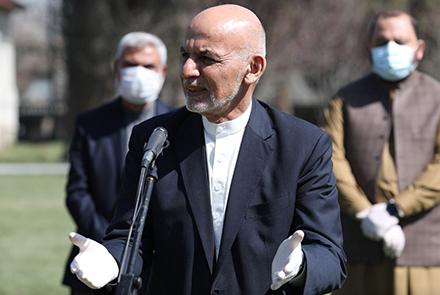 President Ashraf Ghani in a meeting on Sunday announced that the government will release up to 2,000 Taliban prisoners as a goodwill gesture in response to the Taliban’s calling for a three-day ceasefire, and the president also pledged to take further steps in the peace process.

On May 11 the Afghan government suspended the release of insurgent prisoners, saying the Taliban must bring its total number of released security force members to 200. The government claimed that so far the group had only freed 105.”

Presidential spokesman Sediq Sediqqi in a tweet said President Ghani today (Saturday) initiated a process to release up to 2,000 Taliban prisoners as a goodwill gesture in response to the Taliban’s announcement of a ceasefire during Eid.

He added that the Afghan government is extending the offer of peace and is taking further steps to ensure the success of the peace process.

the Taliban announced the three-day ceasefire for Eid on Saturday evening.

The move was widely welcomed by Afghanistan’s allies in the world and in the region.

India welcomed the three-day ceasefire in Afghanistan, expressing hope that this ceasefire will extend further and become permanent so the country can better cope with the coronavirus pandemic and pave the way for a durable peace.

Iran also welcomed the three-day ceasefire in Afghanistan. The Iranian embassy in Kabul stated that the Iranian government hopes the gesture will help with further confidence-building in the peace process.

Meanwhile, the US Secretary of State Mike Pompeo in a statement welcomed “the announcements by the Taliban to observe a three-day ceasefire for Eid and the Afghan government to reciprocate.”

“We worked hard to achieve this moment, and I hope that this respite from conflict gives Afghan people the space and security they deserve to celebrate Eid, while allowing the Taliban and the government the opportunity to take additional steps toward a peaceful future for their country,” he said. 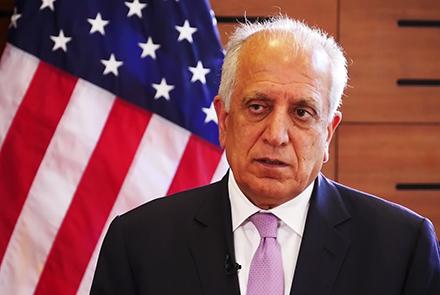 Zalmay Khalilzad, US special representative for Afghanistan reconciliation, welcomed the Taliban and Afghan government’s decision to observe a ceasefire during Eid, saying: “This is a momentous opportunity that should not be missed. The US will do its part to help.”

Khalilzad said that other steps–like the release of the remaining prisoners–should follow immediately, and that neither side should return to high levels of violence, and an agreement on a new date for the start of intra-Afghan negotiations should be set.

COVID-19 and increased violence are challenges, tweeted Khalilzad, but are surmountable “so long as leaders on all sides make the right decisions and put the interest of their people first. This development offers the opportunity to accelerate the peace process,” Khalilzad said.

President Ashraf Ghani welcomed the ceasefire announcement by the Taliban and said the Afghan government extends the offer of peace, adding that he has instructed Afghan security forces to comply with the three-day truce and to defend only if attacked.

“I welcome the Taliban’s announcement of a three-day ceasefire during Eid-ul-Fitr as a positive step towards achieving peace. I ask the President of the I.R. of AFG to reciprocate the gesture with goodwill & announce a ceasefire during Eid days to allow Afghan citizens to celebrate Eid with loved ones during difficult Covid-19 times. We hope that the ceasefire accelerates prisoner exchanges between the two sides, helps to reduce violence after Eid, and accelerates intra-Afghan talks.”

Abdullah continued: “Peace is the priority of the people of Afghanistan, as we welcome any positive step that helps us end the war, put an end to the long suffering of our nation and achieve a just and durable peace.”

Also, NATO Secretary General Jens Stoltenberg welcomed the statements of the Taliban and Afghan government for a three-day Eid ceasefire, saying: “All parties should seize this opportunity for peace, for the benefit of all Afghans.”

UNAMA welcomed the Taliban and Afghanistan government statements for the temporary ceasefire, saying: “The UN urges parties to respect the halt to fighting and urgently look to make it permanent. Intra-Afghan peace negotiations need to start.”

US forces in Afghanistan (USFOR-A) and Resolute Support also welcomed the Afghan government’s and Taliban observance of the ceasefire during Eid, with USFOR-A calling for militaries on all sides to reduce violence for sake of the peace process.

On Saturday night, in an unexpected move, the Taliban announced a three-day ceasefire with the Afghan government on the occasion of Eid-ul-Fitr.

A statement issued by the group’s spokesman Zabihullah Mujahid on Twitter said that the Taliban will not stage any attack on ‘enemy’ forces but will maintain the right to defend itself against potential threats.

This comes amid calls made by international organizations and partners for the Taliban to reduce violence and begin talks with the Afghan government.

An Eid ceasefire was called for by the Taliban also in June 2018.

Earlier last month, President Ashraf Ghani appealed to the group to announce a ceasefire during the holy month of Ramadan, but the group at the time rejected Ghani’s appeal and instead called him an “obstacle” in the way towards the peace process, and cited his delays of a prisoner release called for in the US-Taliban agreement.

Violence has dramatically increased in Afghanistan over the past few months since the US-Taliban peace deal signed in Doha on February 29.

Over the past few weeks a number of attacks rocked key Afghan towns, including an attack on a maternity hospital in Kabul.

Though the Taliban denied involvement, the Afghan government blamed the Taliban for the attack, as well as an attack in Nangarhar. Both attacks took dozens of civilian lives.

Ghani Pledges Release of up to 2,000 Taliban Prisoners; Khalilzad: Eid Ceasefire is Opportunit05.24.2020