14 May 2020
Despite the recent attacks, the Taliban and the Afghan government should continue their cooperation efforts.

The coronavirus pandemic is swiftly rearranging global priorities. The contagion, which has killed more than 288,000 people globally, gave rise to some new rivalries, but it also forced old foes in several parts of the world to pause their conflicts. In March, responding to the United Nations Secretary-General Antonio Guterres’s appeal for a global ceasefire, conflicting parties in Colombia, Sudan, Syria, Ukraine and Yemen have expressed their willingness to pause hostilities.

Like all global crises, COVID-19 also created challenges and opportunities for local and international stakeholders in Afghanistan.

The Taliban and the Afghan government agreed to cooperate to stem the spread of the virus, and this led to a reduction in violence in the urban areas of the country. In other areas, the Taliban are not publicising their attacks. The Taliban not only reduced violence, but also agreed to a complete truce in provinces most affected by the coronavirus. The armed group is also encouraging people with COVID-19 symptoms to go to government hospitals for tests, exercise social distancing and maintain proper hygiene.

In the coming months and years, this budding cooperation can potentially help the government and the Taliban to reach a power-sharing deal and bring sustainable peace to Afghanistan. However, if pandemic causes large-scale devastation in the country – a likely scenario given the scarcity of resources and the broken health system – it can encourage the United States to hasten its exit and push Afghanistan towards civil war.

For the Afghan government, COVID-19 has provided a way out of the impasse it found itself in following the disputed presidential election, and brought President Ashraf Ghani and his political rival Abdullah Abdullah closer to a power-sharing agreement. Reportedly, Abdullah has presented a plan to the government to end the political crisis, asking for a 50 percent share in the cabinet, the authority to appoint governors in provinces where he won the majority of votes and a decision-making role in the peace process. Ghani and Abdullah are now believed to be close to reaching a final agreement in which the latter would get a leadership role in the peace process but recognise the former as the legitimate president of the country.

COVID-19 has also earned the Afghan government some breathing space in the intra-Afghan peace process. Social distancing measures and travel restrictions have made it difficult for Afghan officials to hold face-to-face meetings with their American counterparts. As a result, Washington eased the pressure it has been applying on Kabul to move the process forward. Exploiting this relaxation, President Ghani released only 100 Taliban prisoners instead of the 1,500 originally promised to ensure progress on peace negotiations.

Keeping a higher number of Taliban fighters in prison could give the Afghan government extra leverage in future negotiations, and keep these people off the battlefield for longer. However, this is a strategy fraught with risks. Health experts across the globe have warned that prisons and jails can become hotspots of coronavirus. If the Afghan government does not release these prisoners soon, and coronavirus reaches the country’s prisons, this will not only make the government look bad and add to its woes, but will also exacerbate the country’s COVID-19 crisis, as these prisoners will become new vectors for the disease.

The pandemic has left the Taliban in a bind as well.

The Taliban is a decentralised movement that unites different groups with diverse interests and goals through violence. The reduction in violence, coupled with the stalling of the peace process, will test the organisational coherence of the militant movement. This year, for the first time since the start of the Afghan war, the Taliban has not launched a spring offensive. The hardliner factions in the movement are undoubtedly disturbed by the Taliban leadership’s reluctance to take action and will likely pressurise the Rahbari Shura (Executive Council) to resume fighting. If they do not get their way, these factions may splinter off to continue violent attacks.

The Islamic State of Khorasan (ISK) is already exploiting the Taliban’s decision to reduce violence to launch high-impact attacks of its own. In recent weeks, ISK has targeted a Sikh temple in Kabul, killing 25 people and launched a missile attack on the Bagram airbase. On May 12, gunmen suspected to be part of ISK stormed a maternity hospital in Kabul, killing 24 people including including two newborn babies, their mothers and an unspecified number of nurses. The armed group also attacked a funeral in eastern Nangarhar province on the same day, killing a further 24 people. The hardline Taliban factions may eventually choose to join the ISK and continue their violent attacks under the group’s banner.

Despite knowing that it may cause upheaval in the movement and give ISK space to expand, the Taliban leadership chose not to launch a spring offensive because such a move could have undermined the deal it reached with the US in Qatar. Moreover, violence amid a pandemic would have allowed the Afghan government to portray the Taliban as a self-centred and power-hungry entity only concerned with a power grab.

Even though the pandemic left the Taliban between a rock and a hard place, and put the movement’s organisational coherence at risk, the armed group also succeeded in finding opportunity in the crisis. By reducing violence across the country and bringing its attacks to a complete halt in provinces most affected by the virus, the movement demonstrated that it can act as a responsible stakeholder in the face of a national crisis and bolstered its political legitimacy.

Moreover, the militant movement has reconciled with the International Committee of Red Cross and other humanitarian organisations by restoring their security guarantees, and allowed them to provide assistance in Taliban-controlled areas affected by COVID-19. By doing this, the group signalled not only to the Afghan government but also to the world that it can work as a responsible stakeholder in any post-settlement Afghanistan.

The COVID-19 pandemic offers a rare window of opportunity for the Afghan government and the Taliban to iron out their differences. The pandemic has forced a de facto ceasefire (a long-standing demand of the government) between the two sides and encouraged them to work together to tackle the virus.

This cooperation can potentially serve as a much needed confidence-building measure and allow them to reach a political compromise and power-sharing agreement. The recent attacks on the Kabul maternity hospital and the funeral in Nangarhar, however, led the government to order its troops to move to an “offensive mode” against the Taliban, signalling the cooperation between the two sides can soon come to an end. If the Taliban and the government waste this opportunity for peace, amid changing global priorities, they may not find willing allies and donors to continue supporting and funding their endless war in the post-COVID-19 world. 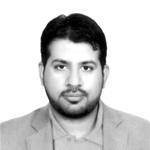 Abdul Basit is a research fellow at the S. Rajaratnam School of International Studies (RSIS), Singapore.

The views expressed in this article are the author’s own and do not necessarily reflect Al Jazeera’s editorial stance.

Coronavirus can still be an opportunity for peace in Afghanistan05.14.2020