US Defense Secretary Mark Esper said Wednesday that the United States remained committed to a “lasting peace” in Afghanistan. 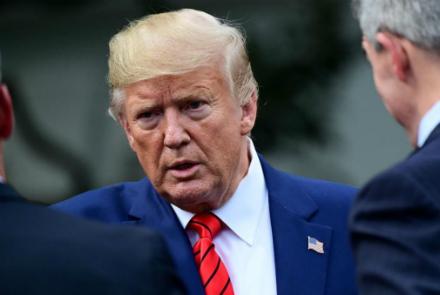 US President Donald Trump on Wednesday in answer to a question about the attacks in Afghanistan told reporters: “At some point they’re going to have to be able to take care of their country.”

However, US Defense Secretary Mark Esper said on Twitter on Wednesday that the United States remained committed to a “lasting peace” in Afghanistan and will “stand by our Afghan partners.”

On Tuesday, 24 were killed and 16 others were wounded in an attack on a maternity hospital that lasted more than five hours, said the Ministry of Public Health.

The three attackers stormed the hospital dressed as Afghan security forces, according to eyewitnesses. Many of those killed were women, and there were babies killed as well.

No group has claimed responsibility for the attack.

Also, 32 people were killed in an explosion at a funeral in the eastern province of Nangarhar on Tuesday, said local officials. 103 others were wounded in the blast, officials said.

President Ashraf Ghani, in response to the attacks, which killed dozens of civilians and security force members, ordered the Afghan forces to switch from “active defensive” mode to “offensive” mode, and to resume attacks on the Taliban.

The Afghan forces were in “active defensive” mode since late February when the Taliban agreed to reduce violence in exchange for signing a peace deal with the United States. But their attacks surged dramatically after they signed the deal in late February.

The Taliban in a statement on Wednesday blamed the Afghan government for prolonging the violence and said if the ANDSF increases the attacks they should not be blamed for that.

On Wednesday night Ghani visited the hospital and called the attack a “brutal act.”

He said that these attacks are not acceptable and that is why he resumed attacks on the Taliban.

On Thursday morning, a car bomb exploded in front of the gate of a Defense Ministry facility in Gardiz city, the center of eastern Paktia province by Taliban.

A suicide bomber attempted to detonate a truck-bomb at the gate of the MoD’s building, but was shot before reaching the target, said officials. However the vehicle exploded, killing and wounding bystanders.