The Islamic State’s Afghanistan branch has lost more than half its fighters due to Afghan and U.S. airstrikes, and ground operations conducted by Taliban fighters, according to a recent inspector general report.

Officials with U.S. Forces Afghanistan said it was hard to estimate the number of remaining ISIS fighters in Afghanistan, but U.S. officials claimed in September the terrorist group was capable of fielding between 2,000 and 5,000 fighters, the IG report detailed.

Afghanistan’s ISIS offshoot lost its home turf in Nangarhar Province in November, forcing 300 of the jihadi fighters to surrender to Afghan forces.

But the terrorist group continues to limp on despite intense military pressure against the group over the last five months.

Despite a reduction in violence agreement hashed out between the Taliban and the U.S., American warplanes have continued to conduct offensive operations and strikes against the Islamic extremist group.

ISIS is not party to the seven day reduction in violence deal between the U.S. and Taliban, which went into effect Feb. 22. The U.S. and the Taliban are expected to sign a long-term peace deal on Feb. 29 that could lead to the withdrawal of American troops from Afghanistan.

“We continue to eliminate ISIS terrorists wherever they hide to protect Afghanistan while honoring US-Afghan-Taliban agreement to reduce the violence,” Leggett tweeted Tuesday.

U.S. officials admit ISIS’ collapse in Nangarhar was also a result of sustained ground operations carried out by America’s long-time foe in Afghanistan, the Taliban.

“Following months of sustained pressure from both the United States and the Taliban, ISIS-K militants in Nangarhar surrendered en masse,” the IG report details.

In November, Afghan President Ashraf Ghani said ISIS had been “obliterated” in Afghanistan.

“There’s almost nothing left in this area. And al-Qaida, the same thing. And tremendous progress,” Trump told U.S. troops during the visit. “And we — we’ve got them down to very low numbers. We’ll have that totally taken care of in a very short period of time.”

Fears of an ISIS resurgence in Afghanistan has become a major hurdle for U.S. troops seeking to withdraw from the region after nearly 18 years of war.

Continued sustained operations by Taliban, U.S. and Afghan forces may help reduce potential peace spoilers as negotiations are set to head into intra-Afghan talks between the Taliban and Afghan government.

Six days into the reduction in violence trial run there have only been a handful of attacks across the country, according to reports from Tolo News and the New York Times. The number of attacks carried about by the Taliban appear to be a significant reduction when compared to historical trends.
There were more than 70 enemy initiated attacks carried out everyday across Afghanistan in 2019, according to data in a recent IG report. 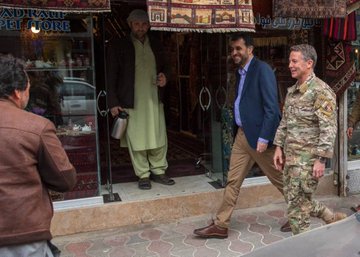 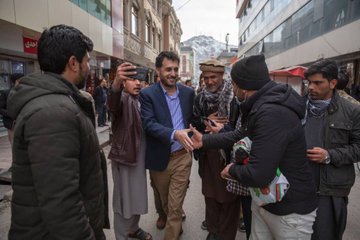 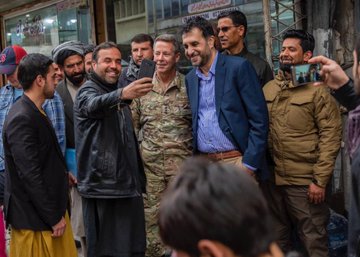 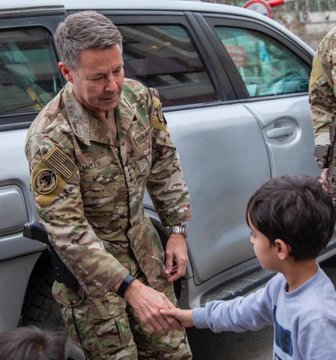 “We’re seeing what we would call a downward trend in violence, which is great for the Afghan people. It’s great for the country of Afghanistan,” Gen. Scott Miller, the commander of U.S. forces in Afghanistan said Tuesday.

On Wednesday, Gen. Miller walked around the streets of Kabul without kit or body armor to greet and talk to Afghans about the peace process.

Miller’s stroll through Kabul was first reported by the Washington Post.

ISIS loses more than half its fighters from US airstrikes and Taliban ground operations02.28.2020