“At this stage the Afghan people are focusing more on the outcome of the elections rather than the peace process.” 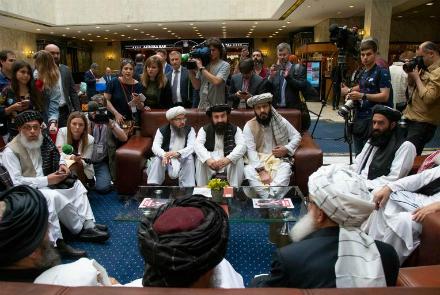 Amid reports of disagreements over the list of the participants for the Beijing peace meeting on Afghanistan, the Afghan Ministry of Foreign Affairs on Sunday said that it expects the plan for such a meeting to be implemented in the near future.

When asked whether the meeting was cancelled, Geran Hewad, a spokesman for the Ministry of Foreign Affairs, said that Kabul was not aware of such reports.

Meanwhile, Mujiburrahman Rahimi, a spokesman for Chief Executive Abdullah Abdullah, said that at this stage the Afghan people are focusing more on the outcome of the elections rather than the peace process.

“So far no practical measure has been taken regarding any serious intra-Afghan negotiation. You are well aware that the main focus of the government and the people of Afghanistan is on the election rather than the peace,” said Rahimi.

Nevertheless, lawmakers in Afghanistan’s parliament have said that the role of the Afghan government in any peace process is critical.

“There is confusion on this. Sometimes they talk about China, sometimes about Germany and then Qatar, but the Afghan people are not aware of these topics.  These talks will not have a positive impact and it will only confuse the minds of the people,” said Naseeb Muqbel, an MP from Paktia.

At the same time, some governors from different provinces have also reported efforts at the local level to help cement a real foundation for peace.

“Baghlan province has kept its door open for our countrymen and it is fully prepared to talk with all those who are opposing the government,” said Abdul Qayoum Niazi, the acting governor of Baghlan.

On Thursday, US President Donald Trump paid a surprise Thanksgiving visit to Afghanistan, where he announced the US and Taliban have been engaged in ongoing peace talks and said he believes the Taliban wants a ceasefire.

Later on, the Afghan Presidential Palace also said that if the Taliban agrees on a ceasefire proposal –-as suggested by the US—direct peace negotiations between the Taliban and the Afghan government could begin.

However, people close to the situation saying that a ceasefire will not be possible unless the US and the Taliban first reach some sort of decision.